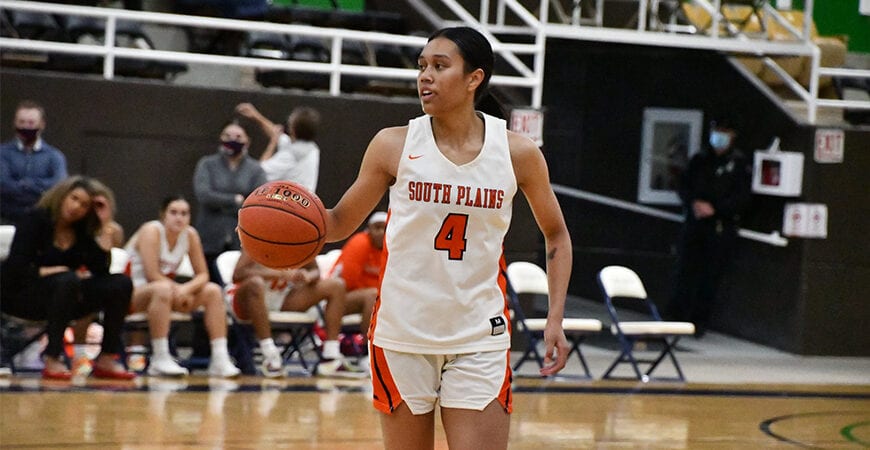 There will be plenty of Kiwi interest in the upcoming NJCAA (Junior College) Women’s National Championships.

At the start of the season, 220 teams were vying for a spot at the 24-team National Champs reached by winning one of the 16 District Championships or receiving one of the eight invitational selections.

Thirty New Zealand women, spread across 15 different teams, had aspirations for a trip to the showpiece tournament held in Lubbock, Texas next week when team trainings began back in August.

Covid restrictions meant the season didn’t get underway in earnest until January but the pointy end of the campaign is now upon us, with six teams, boasting a total of 10 Kiwis, still in the hunt for the trophy.

So, who are the ten Kiwis playing for these teams and when will they be playing (game times are USA CT).

Taranaki’s Izzy Cook and Western Nebraska, seeded 16th, will play the tournament opener at 9:00am on 19 April. The Cougars will play #17 Iowa Western, where the winners will face a tough assignment in the second round taking on top seeded Jones College the next day.

Next up at 1pm is #18 Miles taking on #15 Gulf Coast State. Canterbury’s Molly Cockburn and Wellingtonian Bree Trego will be in the Miles’ lineup.

At 4pm, 20th ranked Southern Idaho, led by Conference All-First Team selection Kaitlin Burgess, will take on #13 Georgia Highlands. Burgess leads the team in scoring having amassed 327 points at 13.6 per game. Her three-point shooting has been exceptional, making 49% from beyond the arc (49/104).

Rounding out the day one action is #21 Otero College, featuring sisters Leah and Jenna Rose Mafua, and #12 Butler College. Leah leads her side in assists averaging 3.3 dimes per game, in addition to 8.7 points and 5.2 rebounds per game.

Another Wellingtonian, Grace Hunter, and South Plains are seeded four and have a first-round bye. Hunter has had an outstanding season starting all 22 games and averaging a team high 3.5 assists to accompany 9.2 points per game.

If Southern Idaho can claim an opening-day win they will meet South Plains on 20 April for a place in the last eight.

The eighth-seeded Casper College also have the luxury of a first-round bye, with Te Aroha’s Deejan Schuler in the Lady T-Birds lineup.

All of the tournaments games will be shown live on the NJCAA Network https://www.njcaa.org/network.