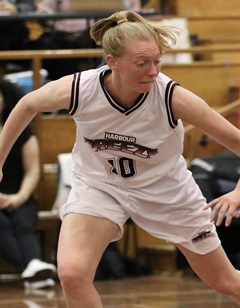 Franklin’s route to the senior national team is different to the rest of the team in that she has been domiciled in New Zealand throughout her basketball career.

Was a member of the 2018 Commonwealth Games bronze medal winning team.

Won a WBC championship title with Harbour Breeze in 2014 and was on the team that finished runners-up in 2019.