From the Vault: BBNZ Classic Matches | #12 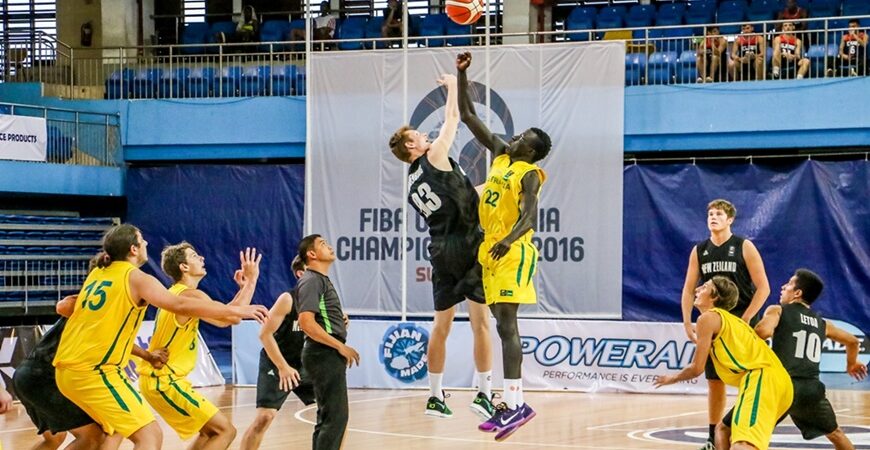 Relive all of the action from the men’s final at the 2016 FIBA U18 Oceania Championships. A full recap below:

The Junior Tall Blacks are off to the FIBA Under-19 World Championships for the first time after a thrilling 57-51 win over Australia.

It was the first time the team has won the Oceania qualifying tournament against the powerhouse Australians, with the team now set to take on the world’s best in Cairo, Egypt, in July 2017.

The win in Suva, Fiji, was led by Canterbury’s Quinn Clinton and Wellington’s Taane Samuel, who both came up with clutch plays at the end to seal the victory.

Clinton landed two threes as the match swung back and forth in the final 90 seconds.

His second three gave his side a 53-51 advantage. Clinton had been fouled on the shot but missed the resulting free throw only for Samuel to score on a put back. After Australia missed a couple of scoring opportunities Samuel iced the game with a pair of free throws to set off wild celebrations amongst the New Zealand team and supporters. Earlier, defense dominated the early exchanges and it was two minutes into the game before Clinton scored the first basket of the encounter. New Zealand found themselves up 27-20 at halftime as Sam Waardenburg led all scorers and rebounders at the interval with 7 points and 6 boards.

A pair of Clinton triples took his side to a double-digit advantage but Australia responded with a 10-0 run. Australia continued their surge to go up 48-40 with 4:20 to play, but the Kiwis showed their resilience to get back into the game, before the Clinton and Samuel late show sealed the win.

Quinn was rewarded for his play during the gold medal match by being named the games MVP.