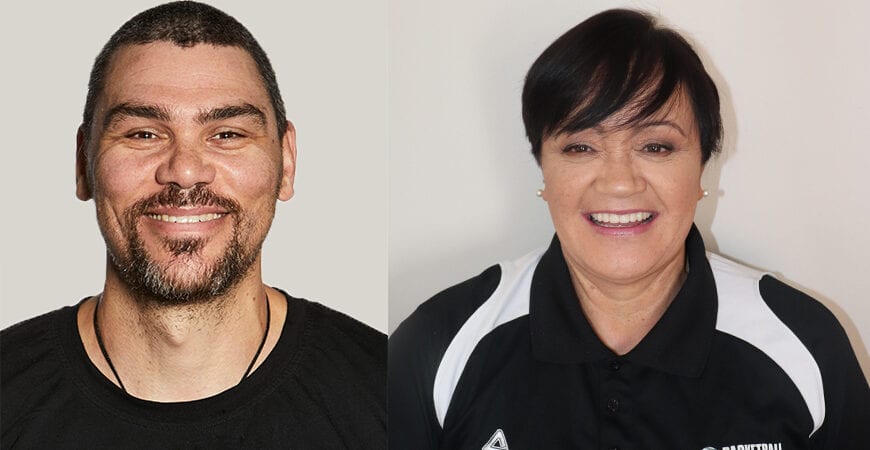 Basketball has announced the new Head Coaches for the Junior Tall Ferns and Junior Tall Blacks, who are tasked with the next FIBA U19 World Championship cycle (2021 – 2023).

“Miles has been a huge part of the Junior National team programme for a number of years. He is eager to continue his coaching journey of learning and serving our most talented boys wanting to represent New Zealand.

“Tyler is considered one of our best female junior coaches in the country. She has achieved success at every level in the junior space and is thrilled to be joining the Basketball New Zealand National team programme.

“We are thrilled to have Tyler and Miles as part of our Junior National programme in the roles of Head Coach of our U19 National teams. Basketball New Zealand is committed to appointing coaches who are aligned to our values and coaches who are committed to living by the high standards which we expect of our National coaches.”

There was no hiding the excitement when Miles Pearce was advised of his appointment.

“I’m absolutely stoked,” enthused the former Tall Black. “It’s one of the coolest things to be able to give back to the game. Being appointed Junior Tall Blacks Coach is on a par with playing for the national team.

“I’ve been coaching a while now so I understand the importance of the role.”

Pearce, a former Tall Black. is no stranger to coaching on the international stage having been Head Coach of the New Zealand team at the 2017 FIBA U17 Oceania Championships in Guam and an Assistant Coach at the 2019 FIBA U19 World Cup in Greece.

A number of the players involved in those campaigns continue to make a mark in the game.

Most recently Pearce coached the Manukura Girls Senior Team to championship success at the ‘A’ North Island Invitational Tournament in Te Aroha.

King emphasised that, in an effort to improve the alignment with the Sky Sport Tall Ferns programme, Basketball New Zealand has appointed Guy Molloy as the Programme Lead for the Junior Tall Ferns.

“Guy will work with the coaches of the Junior Tall Ferns programme in a mentoring role as well as engage in some on court coaching with the players.

“The goal is to improve the synergy between the Sky Sport Tall Ferns and Junior Tall Ferns programmes, and accelerate the development of targeted athletes. Molloy’s hands on approach at the junior level will not only ensure that our National Style of Play is consistently being taught throughout the system, it will also ensure that there is an increased focus on creating a deeper depth chart for our Tall Ferns programme.

Tyler Wilkinson is delighted with her appointment as Head Coach of the Junior Tall Ferns and also the opportunity to work closely with the National Coach.

“I’m very happy to be appointed to the head coach position and pleased to be working alongside Guy.

“Guy is very willing to share his knowledge. His inclusiveness and encouragement of coaches involved in the women’s programme is stimulating.

“I like the National Style of Play that he is wanting to incorporate. We often have teams that lack height so the style he is looking to implement suits us.”

Wilkinson likes the concept of having New Zealand international teams, at all age groups, adopting the same systems.

“Having that continuity will be very beneficial,” she added.