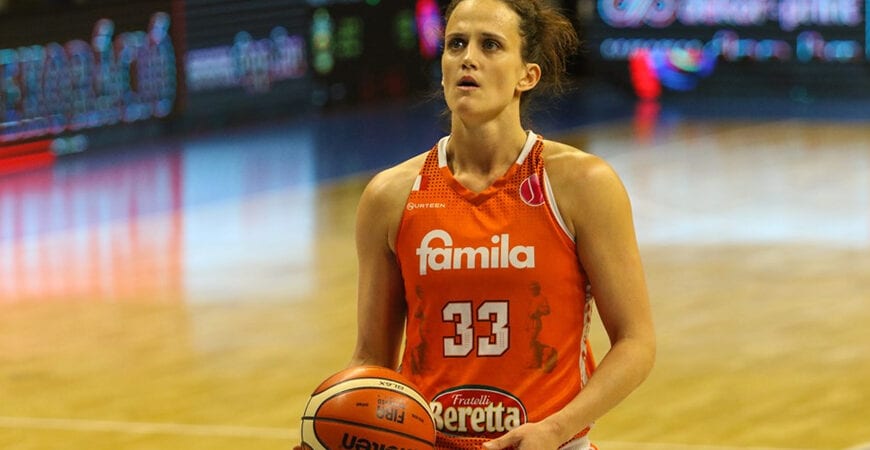 Tall Fern Jillian Harmon was in fine form in Italian basketball at the weekend. Harmon added 8 rebounds to a team high 26 points making 12 from 12 free throws in the process as Famila Schio beat Bologna 85-78 in a top of the table clash.

Both teams entered the contest with a 5-0 record, the Schio win moving them to equal top of the Italian League alongside Venezia.

Isaac Fotu plays for the Venezia Men’s team but they suffered a disappointing 83-68 home defeat at the hands of Virtus Bologna. Fotu scored 9 points in the defeat that drops them to 4-2 and fifth spot on the Serie A ladder.

It had been better news for Fotu and Venezia in their mid-week EuroCup tie. Venezia defeated Bahcesehir Koleji Istanbul (Turkey) 88-82 in overtime with Fotu producing 14 points and 8 rebounds.

Three games into the season the Luxembourg League has been suspended until January in an effort to help contain the spread of Covid-19 in the country. The suspension brings to a halt, at least in the short term, Tom Vodanovich’s initial foray in European basketball.

The Tall Blacks forward had been in sublime form for the Telstar club averaging 29.3 points per game, shooting the three-ball at an impressive 50% (15/30). Vodanovich has decided to return to NZ.