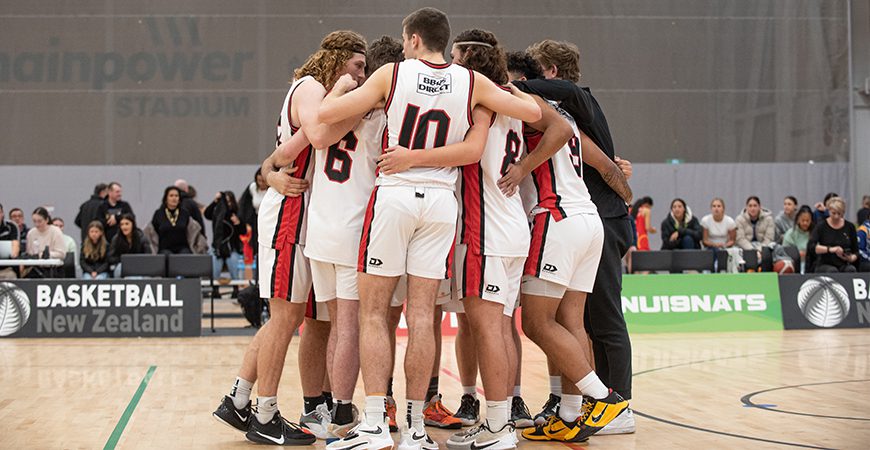 After four huge days of basketball action, the Aon U19 Nationals have come to a close and our Champions have been named.

Waikato last year managed to fend off Canterbury, and they were out to do the same again in 2022. Canterbury burst into an early lead, managing to take the first quarter 12-19. The second quarter saw Waikato take a brief lead and score some vital points in the key. Maia Jones for Canterbury was working incredibly hard in the rebounding department, earning a game-high 11 rebounds. She defended well, but Waikato caught up in the third after Canterbury took a 13 point lead. Waikato scored, and scored again with a 12 point run late in the fourth quarter to help secure their Back2Back title. Aria Cowley was on display with 19 points, nine rebounds and two blocks to add to her team’s scoreline and defensive efforts, while the Aon U19 Championships MVP Hineaupounamu Nuku worked in 15 points, seven rebounds and three assists. Breeje Schuler shot a clutch 90% from the free throw line, nailing 16 points all up and grabbing nine boards. All the stats tipped towards Waikato, winning in the rebounds, assists and steals, but the points from turnovers was a big win and helped Waikato seal the deal, nabbing 31 points off Canterbury’s turnovers.

Waikato went on to win the game 78-68 after keeping Canterbury to only 11 points in the fourth quarter.

Canterbury A’s unbeaten run was going to be hard to topple over, but Harbour were up for the challenge as we enter the Men’s Grand Final for 2022. Just as we had seen in the Semi-Finals, Canterbury started off with a hiss and a roar early, heading to a 10-0 run in the firs three minutes, with Harbour having no answers and conceding turnover to Canterbury’s made baskets. By the time the end of the quarter came around, Canterbury were up by 10 and looking dominant. At the half they managed to pull the lead to 13 with a score line of 43-30. Harbour just needed to score, and their second half was one where they couldn’t find the bottom of the basket.  Shooting at 29% in the game, Canterbury’s 50% field goal percentage was something to be desired. Kaia Isaac stood out once again in the point scoring department, making 30 from his 26 minutes on the court and sitting at nine rebounds for the game also. Hunter Adam hit 22 points, with all of them coming from the paint. He bagged 12 rebounds himself. Boston Caldwell tried to get Harbour bac in the game with his dash of 22 points but it wasn’t enough in a dominant Canterbury performance, who scored 66 points in the second half compared to Harbour’s 28.

All the stats were in favour of Canterbury, with 54 points in the paint compared to Harbour’s 18, helping them to seal Back2Back titles in a massive 109-58 win.

Final results and Team Placings will be displayed on the Aon U19 Championships page. You can also find all of the games with LiveStats as well as the replays of select games from day three and day four.