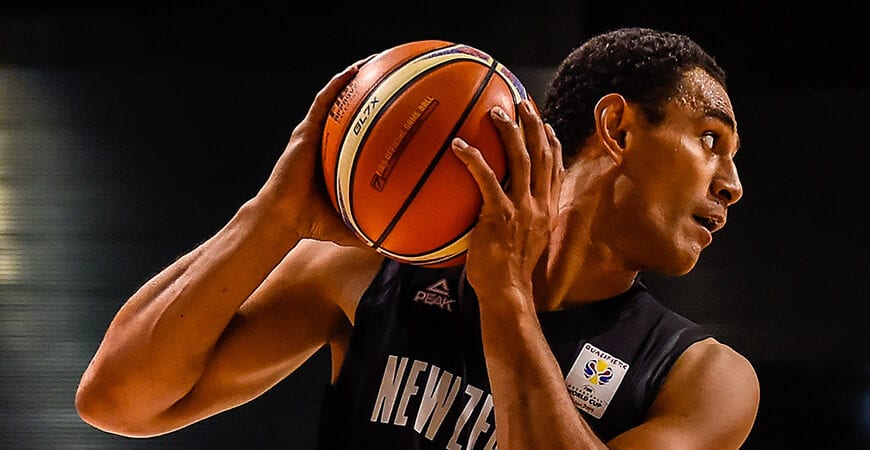 Pero Cameron has named ten debutants in the Tall Blacks team to take on Australia this Saturday in Cairns.

Due to a combination of rearranging the fixture, quarantine restrictions and the lack of MIQ beds for New Zealand based players, and the uncertainty around the Australian NBL’s ever changing schedule, Cameron was forced to narrow his selection to eligible players based in Australia.

Cameron agreed that this will be an unexpected roster for fans, but he says he is very pleased with the group that will be flying into camp today.

“It’s a proud moment and a great opportunity for all of us, but also a commitment to propel the Tall Blacks towards our bigger goals of the Asia Cup and the World Cup. That cycle stops if we don’t play the Qualifiers and each of these players understand that. It’s also clear to me that they know what an honour it is to represent New Zealand. Every player named, whether in test number 152 or 1, has answered the call when their national team needed them. They want to bleed black and that’s the number one reason why they are in this team,” says Cameron.

Basketball New Zealand and Cameron decided not to request access to the majority of ANBL players who are already facing a tricky season. The only ANBL exceptions are development players Taine Murray (NZ Breakers) and Jordan Hunt (Cairns Taipans) who were both released by their clubs for Saturday’s FIBA Asia Cup 2021 Qualifier.

Murray debuted for the Tall Blacks against Canada in 2019 and the 18 year old has played two tests. He’s one of only two players in the squad with international experience, the other being captain Mika Vukona. Vukona, who has been based in Brisbane since 2018, will suit up in his 152nd test.

“It goes without saying that we’re going to need Mika. His dedication to the black singlet has been unwavering for 15 years. There isn’t a better person for this squad to be around and see what being a Tall Black means,” says Cameron.

Before COVID-19, this game was planned to be played at this time in Spark Arena in Auckland. Unusually, although held in Cairns, Saturday’s game is officially the Tall Blacks ‘home’ game for the FIBA Asia Cup 2021 Qualifiers.

Basketball Australia named the Boomers squad last week. Selectors also chose to select outside of the ANBL and instead went with a team comprising of current or recent graduates from Basketball Australia’s globally renowned Centre of Excellence program and the NBA Global Academy, both programs based at the Australian Institute of Sport in Canberra. Any team representing Australia are tough – this squad has the advantage of being very familiar, with most players having trained alongside each other in recent years.

Dance played a key role in Rosmini College winning Schick Secondary Schools National championships in 2017 and 2018. He was selected MVP at both championships.

Top scored for New Zealand at the 2018 FIBA U17 World Cup in Argentina averaging 15.6 points per game.

Gold currently attends the NBA Global Academy in Canberra – the first Kiwi to be selected to the Academy that is based at the Australian Institute of Sport.

He was named to the New Zealand team scheduled to play at the 2020 FIBA Under 16 Asia Championships in Lebanon, but that Tournament was, like all FIBA events cancelled due to the COVID-19 pandemic.

Previously he played at the FIBA U15 Oceania Championships in Port Moresby in 2018 where he was prominent as the team recorded an outstanding 59-57 win against Australia.

In 2018 Gold helped Wellington claim the Aon U17 National Championship title beating Auckland in the final 95-90.

Hunt won an NBL title with the Otago Nuggets in 2020. His 21 points in the 79-77 Grand Final win against Manawatu Jets earned him the Grand Final MVP Award.

After high school Hunt headed to Southern Oregon University on a four-year scholarship.

In his junior year Hunt was named to the Academic All-Cascade Conference team for the second straight season.

Named to the 2019 U23 Tournament Team after helping Wellington/Hutt Valley claim the U23 National title – scored 17 points in the 93-74 win against Manawatu in the Grand Final.

In 2020 averaged 16.1 points and 10.2 rebounds per game for Sunshine Coast Phoenix helping them to the semi-finals of the Queensland State League.

In 2019 Janssen helped the Canterbury Rams to the NBL semi-finals averaging 6.3 points and 4.3 rebounds per game.

In 2017 he helped Hawaii Pacific win the PacWest Conference title – played 80 games for the Sharks in three seasons.

In 2020 the Wellington native played for Logan Thunder in the Queensland State League.

Played for South Queensland at the 2018 U16 Australian State Championships.

Meehl has enjoyed a 17-year career playing in Australia, New Zealand, and America.

In 2020 he played alongside Jono Janssen at the Sunshine Coast Phoenix averaging 8.1 points and 3.0 assists per game.

Currently a Development player for Sky Sport Breakers but will head to University of Virginia on a 4-year scholarship in August.

A member of the Rosmini College team that won back to back Schick Secondary Schools National Championships in 2017 and 2018.

Named to the Aon New Zealand team to contest the FIBA U17 Oceania Championship in New Caledonia in August 2018.

Murray was named to the Tournament Team at the 2019 U19 National Championships after helping North Harbour win the title.

An outstanding junior player with Kelston Boys and Waitakere O’Riley played 144 games in a 10-year NBL career winning a championship with Auckland Pirates in 2012.

Smyth was named to the New Zealand squad scheduled to play at the 2020 FIBA Under 18 Asia Championships in India, but that Tournament was, like all FIBA events cancelled due to the Coronavirus 19 pandemic.

Has played for the Manly Warringah Sea Eagles club since he was a 12-year old.

Vaiangina had originally signed to play for Joondalup City Wanneroo Wolves for the 2020 season in the Western Australia State League but returned to NZ when the Covid pandemic began.

Averaged 4.3 points and 3 rebounds per game for the Franklin Bulls in the 2020 Sal’s NBL.

Played 31 games for Panola Junior College, Texas in the 2018-19 collegiate season having earlier in 2018 played 13 games for Super City Rangers.

Has made 162 international appearances.

He was a member of the Tall Blacks team that beat Australia to win the 2009 FIBA Oceania Championships and also played on the victorious team against Australia in Brisbane 10 years later.

Vukona has played in the New Zealand NBL since debuting in 2000 while still at Nelson College – won a championship with Nelson Giants in 2007.

Spent 13 seasons with the New Zealand Breakers, playing a record 354 games before signing a two-year contract with the Brisbane Bullets for 2018-2020.

He has won five Australian NBL titles – four with the NZ Breakers and one with South Dragons in 2009.