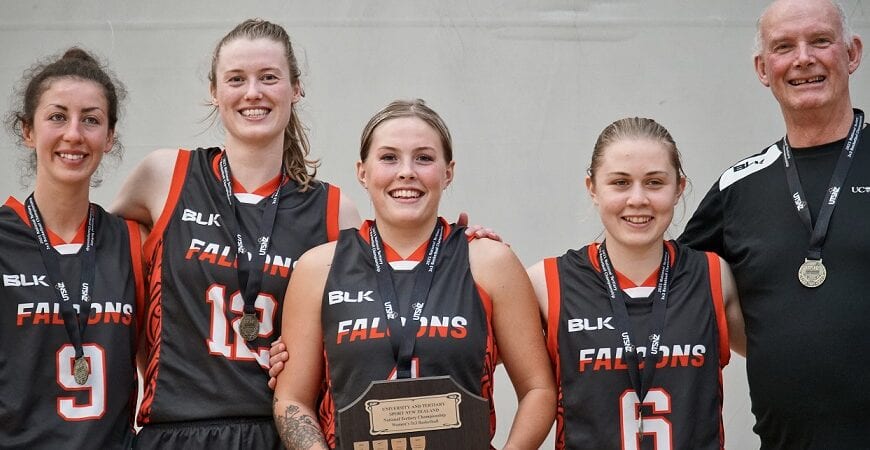 The Canterbury women and Auckland men have taken out UTSNZ 3X3 Tertiary Championships, presented by Stuff, at ASB Sports Centre in Wellington on Sunday.

Both finals reversed the lead-up form with the lower ranked sides upstaging the favourites in the tournament deciders.

The Canterbury women beat the previously unbeaten Lincoln side 20-14 in the final while Auckland’s men side came out firing to stun Lincoln 18-14 in the men’s decider.

“We fought really hard and stayed really disciplined,” Auckland’s Alex Yang said. “We stuck to it.

“We tried to be aggressive in the first couple of minutes because they were really aggressive against us in pool play.”

The ploy worked a treat as the Aucklanders caught Lincoln on the hop and shot out to a lead that would never be threatened. The Canterbury women dropped just the one pool game all weekend on their way to winning the title. They thumped Massey 22-2 in the quarter-finals before edging Otago 14-12 in a closely fought semi-final.

Josie Stockill was immense for the champions while she received plenty of support from the rest of her teammates.

Otago women proved too strong for Auckland in the third-place playoff, winning the contest 21-15.

AUT claimed the fifth place final 16-8 over Victoria and Massey beat Waikato 21-9 in the seventh-place final.

On the men’s side of the draw Massey edged Victoria 21-19 to claim third place after earlier falling to eventual champions Auckland in the semi-finals.

Canterbury beat the Victoria Invitational side 21-11 in the fifth-place playoff while Waikato beat AUT 21-9 in the seventh-place final.