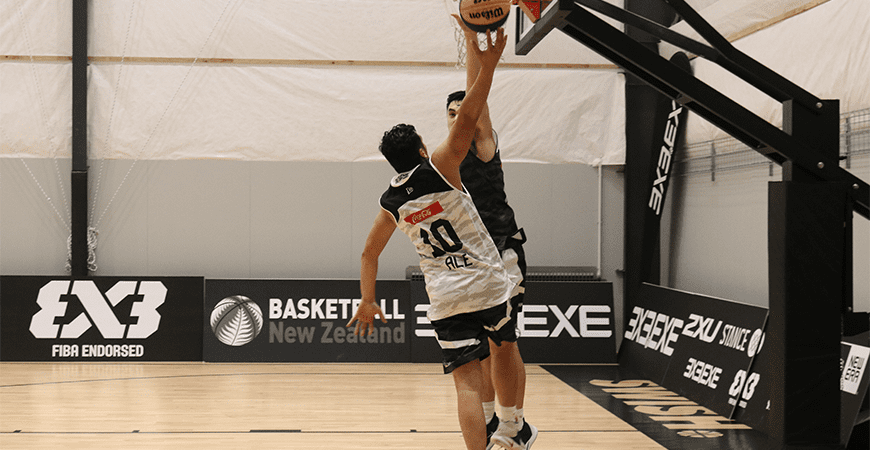 This is how the table looks as of now for both conferences;

The four spots in the Premier Finals are split between the two conferences, with the top-two finishers then tasked with a business trip to Tokyo from September 5-7.

The maximum number of points a team can leave with is four, which is awarded to the winner of the round. The runners-up claim three points, while third and fourth take home two.

As we can see in the South Island standings, Canterbury cannot fall any lower than the runner’s up on 21 points and so they’re locked in. This leaves Lincoln University.EXE and Gators.EXE battling it out for the final spot.

Lincoln has been drawn in Pool A alongside Wolverines.EXE and Atami.EXE, where they will only need to make it out of their group to join Canterbury on the plane.

This means the Gators need Lincoln to miss out on the semis, starving them of any points, which then leaves them the challenge of winning the round.

Although three points would draw them level with Lincoln, the latter have a far superior points differential. In Layman’s terms, the Gators can’t control their destiny and will need to win the round to get themselves to Asia.

Things are shaped a bit differently in the North Island, as first and second place are both up for grabs going into this weekend. Three teams have a mathematical chance of finishing atop the table, while one other side can move up to second.

Swish.EXE is in pole position before any of the games tip-off, with a semi-final appearance lifting them to 21 points and into the safe zone. They do, however, boast the best points-differential in the North and would need to perform well below par to not go through.

The only team able to surpass Swish on points is Waikato Snipers.EXE, who find themselves one rung below the aforementioned on 17 points. They’re closely followed by University of Auckland.EXE on 15 and Scam.EXE on 14.

Three doesn’t fit into two though, with the trio all having been named in the same pool. Waikato can’t afford to not make it out of the group stages, as even though they’re ahead of Auckland on the table, they find themselves behind the latter on the for and against table.

Auckland needs to progress to the knockout stages to throw themselves into the equation, but if Waikato also happens to progress, they will then need to win and make the final, then hope Waikato loses their bout. If Waikato meets Auckland in the big dance, then Auckland would only be playing for a constellation prize.

For Scam to sneak inside the top-two, they will first need to make it out of their group and hope Auckland are the ones accompanying them. From there they will need to win both playoff fixtures (aka win the round) and cross their fingers for an Auckland loss.

So as you’ve just read, the final placings could play out a number of different ways. The action begins at 6pm this Saturday (Aug 24) at the SWISH Factory in Auckland and then on Sunday (Aug 25) the South Island will close out the regular season, with play kicking off at 11am at Ara Gym in Christchurch.

The winners of each of the South Island and North Island conferences after all eight rounds will qualify for the 3X3.EXE Premier finals in Japan. The teams that come second in each of the NZ conferences will go to a qualifying tournament, and the winning team will be given automatic entry in the main tournament. With all expenses paid, those four teams will compete for a share of USD$20,000 in prize-money in Tokyo in September. The winner of the big Tokyo based event will also qualify for a FIBA World Tour Masters Event. Click here for a look at how the Premier finals went down in 2017.