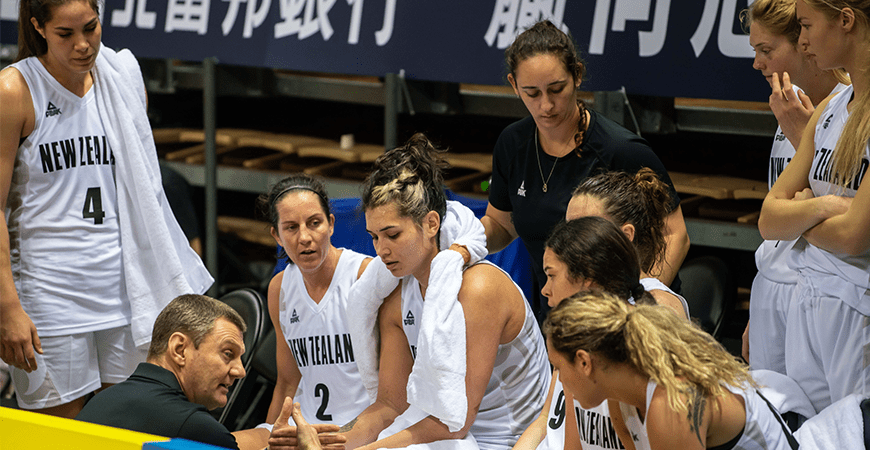 Since the turn of the decade, basketball has grown a whopping 44.9% in secondary schools, making it the second-most popular sport in our high schools. Of the 26,481 young athletes who took to the hardwood for their respective schools, only 7983 of those were girls.

Basketball New Zealand sees this as another chance to champion the growth of the game in the women’s game.

“We know that, as a sport, we have a lot of work to do to see more girls and women playing basketball.

“The School Sport New Zealand Census certainly makes it clear that the sport isn’t doing enough for girls, but we see those statistics as an indication of the opportunity and we want to significantly boost that number by making basketball more appealing to girls.

“Our goal is to see as many girls playing as boys. That is a big task and it’s a challenge for us and regional associations, clubs, local councils and anyone who provides basketball opportunities in New Zealand.”

BBNZ is already making moves to even out those figures. Their new Girls Got Game (GGG) programme was designed and rolled out across the country this year. It’s mission – to allow young girls an opportunity to learn the ins and out of basketball, with the emphasis being placed on fun and friends rather than competition.

The GGG launch coincided with the 2019 Women’s Basketball Championship (WBC) season-opening and in less than six months, has already become a hit with the youth.

Associations such as Hawkes Bay Basketball, Capital Basketball and Otago Basketball have attracted big numbers to their locally run programmes, with the latter seeing a 45% spike in the number of young girls taking part in their basketball programmes from late last year to midway through 2019.

BBNZ General Manager of Community Basketball Brad Edwards said GGG has been well received in all the places it has been rolled out.

“Girls Got Game has been embraced by the basketball community with many associations around the country delivering programmes. Other associations will join them in time.

“It has also helped that we have partnered with our national women’s league teams and the Tall Ferns to help provide more opportunities for girls to experience the fun and excitement of basketball.

“Basketball is a fantastic sport for both girls and boys so we are keen to provide easier ways for girls to have a go in a fun and friendly environment with female coaches. This is what Girls Got Game is all about,” says Edwards.

The WBC is another area currently undergoing developments after what was a standout season in recent times.

Contrary to previous years, the 2019 WBC season saw several high-profile athletes return to the fold and noticeably lift the level of play.

In fact, eight of the 14 players selected for the Tall Ferns’ FIBA Women’s Olympic Qualifiers camp played for their province.

At the conclusion of the WBC, BBNZ decided to improve how the second division of the competition was run and is already making positive movements.

As of 2020, it will become a separate competition known as the Development League (or D League). There have been 11 expressions of interest for the D-League so far, with a structure being rounded out in the coming weeks and schedule to be announced in the near future.

WBC General Manager Justin Nelson said the revamp will help to develop young players who choose to pursue a career in basketball in New Zealand.

“Girls and women’s basketball has an incredible chance to grow over the next decade, especially with the SKY Sports Tall Ferns expected to play regularly on home soil, so it presents a great opportunity for us to focus on our player pathway and competition structure.

“What was previously the second tier of the women’s competition will now become a more legitimate underpinning league where elite young players will be able to step out of juniors and into a 25-years and under development league.”

The competition will primarily act as a pathway for budding hoopers who have chosen to stay in New Zealand rather than ply their trade in the United States.

As of right now, 21 young women are preparing for the upcoming NCAA Division One season. Many more are spread throughout the other divisions and junior college grades.

This number is slightly down from last year’s 24 collegiate athletes, but this is in no way an indication that talent is on the decline.

Truth be told, New Zealand is gathering more attention from international scouts than ever before.

The 2019 Schick Championships drew several scouts from Division One programmes, with the majority travelling halfway around the world for the sole event.

Brigham Young University Assistant Women’s Basketball Coach Lee Cummard has three Kiwis in his side ‘19/20 season and spoke glowingly about the talent at this year’s Schick Champs.

“The girls that we have had from New Zealand are terrific and I’m not surprised now that I have been here and interacted with the people of New Zealand – they are very friendly, nice people.

“I’m here to recruit on the women’s side of things but I couldn’t help watch some of the men’s games and I have already called my guys back at BYU and told them you should be down here.

“I’ve seen a number of players who are Division 1 level, I’ve been impressed.”

Our senior women are also entering an important passage as they look to qualify for next year’s Olympics in Tokyo.

The team is taking on China, Korea and the Philippines next week at the Trusts Arena in Auckland, in what will also be the first time in four years that they play on home soil.

BBNZ and FIBA have said that seeing out elite women play in national colours at home lifts the game in New Zealand. People can see this is a team that is playing and competing on a massive global stage that can only help lift the interest in participation at a community and junior level.

“To play at home in front of our families means so much to us all,” says Tall Fern Natalie Taylor.

“It’s going to be a huge series and a critical one for the team ahead of qualifying for Tokyo.”

A top-two finish will see them through to the final round of qualifying. That stage will see 16 teams face-off, with the best 12 booking a place at the Olympics.