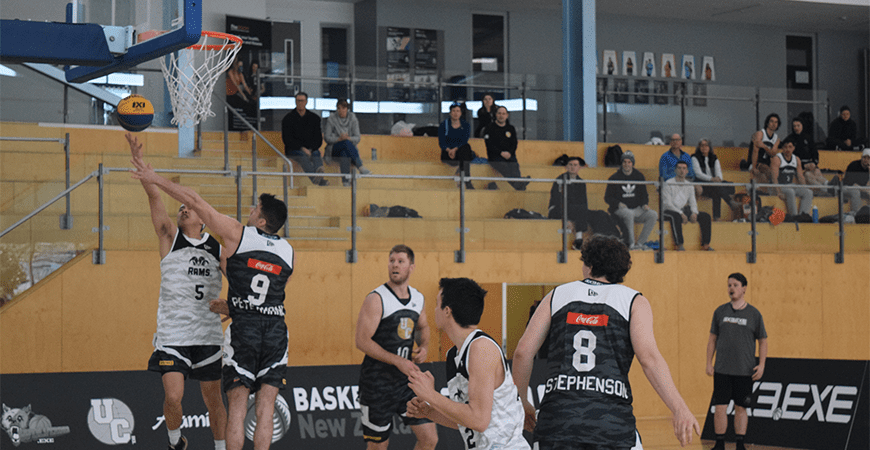 The top-two placed teams from the North and South Island Conferences, along with an additional wildcard, will play in the 3×3.EXE Premier finals this weekend (Sep 7-8) in Tokyo, Japan.

Swish.EXE and University of Auckland.EXE were the top dogs out of the Auckland-based event, while University of Canterbury.EXE and Lincoln University.EXE were the most consistent performers at Ara for the three-month-long season. Gators.EXE had the fifth most points across both conferences and were invited to the gathering after a withdrawal.

The five teams mentioned were undoubtedly the best ‘teams’ in their respective divisions, but how did each of those 12 individuals fare when compared with the rest of the pack?

The points scoring for all eight rounds have been grouped and broken down by Basketball New Zealand, showing which players were the cream of the crop on the offensive side of the ball.

Swish captain Karl Noyer scored 175 points in 26 games and did so on 77 makes from two-point land. This total closely followed by University of Canterbury player Paul Stephenson who scored 172.

Noyer led the league in outside shooting with his 77, with Stephenson again trailing ever so slightly with 73. As for made shots inside the arc, fellow Canterbury representative Brent Fisher topped the table with 104 makes near the rim.

The latter also finished with the most free throw makes of any player in the competition with 18, three more than the next best (Chris McIntosh, Coasties.EXE) of 15. Totalling all of these makes and then dividing them by the number of games played found Paul McFarlin had the highest average of 7.6 points per game.

However, it must be said that McFarlin only played 15 games this season. Inter-conference rival Matt Mischewski played in 21 games and ended with an average of 7.43 a contest, while leading-points scorer Noyer put up 6.7 an outing in his 26 appearances.

It’s no surprise that the same team taking part in the finals are the same ones who topped the scoring charts. While defence is certainly an important aspect of basketball, you can’t win a game with zero points

All four sides will depart for Tokyo this today ahead of their bouts in the coming days. They will be accompanied by former Canterbury Basketball Chief Executive Paul Duggan, who will be commentating at the finals.

Auckland will be the first Kiwi side to feature on court in Tokyo when they take on Japanese side Kyoto BB.EXE in the qualifying tournament on Saturday. For the full draw, click here.