From the Vault: BBNZ Classic Matches | #16 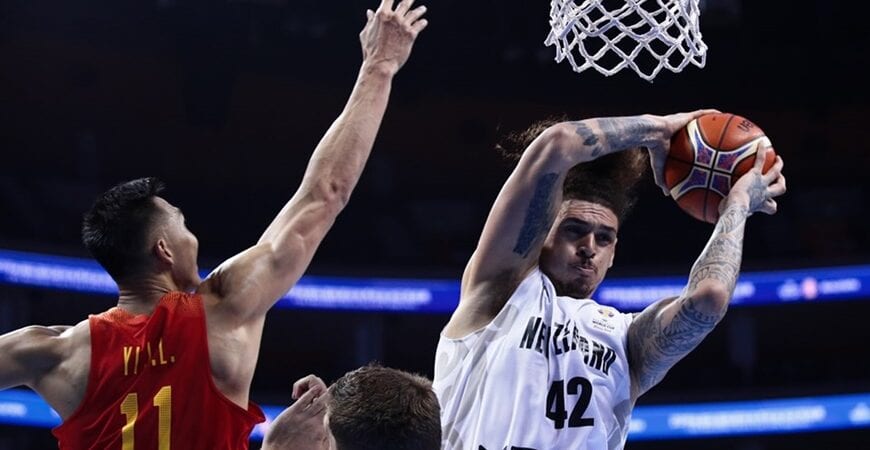 Our next classic match takes us back to 2018 to relive a historic road victory for the Tall Blacks.

The Tall Blacks recorded a hugely impressive World Cup qualifying win in China tonight, defeating the host nation 82-73. This is a victory that will rank alongside some of the best in Tall Blacks basketball, one that propels New Zealand to the top of Pool A.

In a stunning all round team performance, the young New Zealand team eventually wore down their opponents with their pressure defence and spread of scoring, while the home side relied heavily on Jianlian Yi (37) and Peng Zhou (17) for their offence.

“Our aim was to play pressure defence for the full 40 minutes and I thought at times we did that superbly. One of the keys was the rotation of players, with everyone coming in and contributing while they were on the floor. The final quarter though, we got some great stops and they crumbled under that pressure. I am immensely proud of the boys. That is a great win in the Tall Blacks singlet.”

While China were going to just the two scorers, the Tall Blacks had a variety of players to call on, with Corey Webster (18) and Tai Webster (18) leading the way, with Tai going at a sharp 7 of 13 including 4 of 6 three pointers. The brothers in fact posted near identical stat lines with 2 rebounds and 5 assists apiece. Alex Pledger (11) and Isaac Fotu (8) were big in the paint, with Pledger in particular making some huge plays in the second half that extend the Tall Blacks lead at crucial moments. Shea Ili had an efficient 10 points on 4 of 6 shooting, while Jordan Ngatai played vital minutes off the bench and sunk both his shots, one a dagger corner three.

Henare always felt his young team was in control, even when trailing by one at the half.

“I knew we would wear them down, our sustained pressure was too much for them. That showed in the final minutes when we continued with high energy on defence and made good plays with the ball. We saw it at the Asia Cup and that is the level that this team has to maintain, our baseline effort has to define who we are as a team, and we saw what we can achieve off the back of that tonight.”

The Tall Blacks dominated the final quarter 27-15 to win comfortably, albeit the score does not reflect the close nature of the game, nor the formidable foe that was China in front of a partisan home crowd in Dongguan.

There is no time to rest or celebrate though, the Tall Blacks are travelling immediately to Korea to play the host nation in another crucial game on 26 February. With Korea winning in Wellington in November last year, the Tall Blacks will be have a stronger thirst for victory in Seoul and further strengthen their position in qualifying pool play.