From the Vault | BBNZ Classic Matches #4 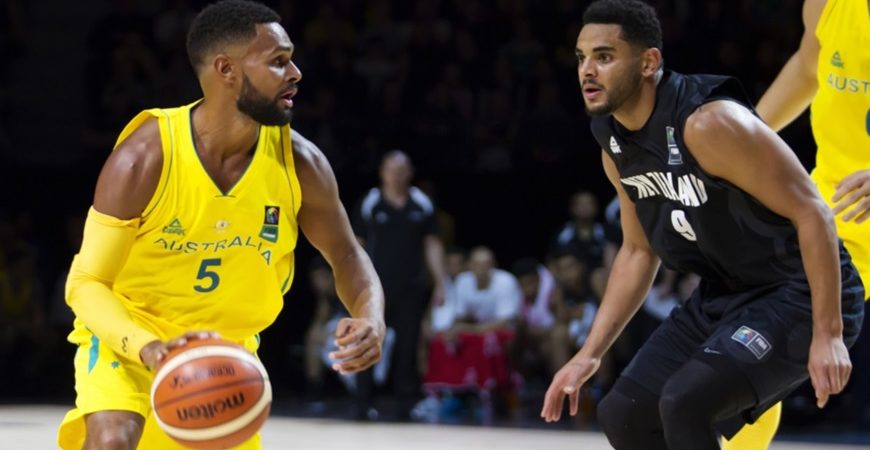 The Tall Blacks went down in the opening game of the FIBA Oceania Series, 71-59 in Melbourne tonight in front of a sold-out Rod Laver Arena crowd.

The margin of 12 flattered the Australian Boomers, with the Tall Blacks matching their much-vaunted NBA credentialed opponents throughout the majority of the match on the back of another sharp offensive display from Corey Webster and some strong defence led by captain Mika Vukona.

After a spine-tingling haka, The Tall Blacks came out hot and quickly silenced the sell-out crowd of 15,000, taking an early 8 point lead midway through the first quarter on the back of some great opening execution on offence and miserly work at the defensive end.

Patty Mills was the one to fire the Aussies up though, coming off the bench to immediately spark his side and close the game up at the first break, with the visitors holding a narrow 16-12 lead as defence was the order of the day.

The Aussies settled into their work in the second quarter while the Tall Blacks went cold, struggling to hit their shots on the back of some great work to create open looks. They would finish shooting at just 38% from the floor and 25% from long range, not numbers that will get the job done against a world class Australian side.

For the Tall Blacks Webster finished with a game high 22 points while Jarrod Kenny was a strong ally at point guard with 12 points on 4 of 7 shooting, including 3 of 4 from deep. On the boards Isaac Fotu picked up 10 rebounds while Vukona had 5 boards and 5 points before fouling out late in the final quarter.

For Australia they got great productivity from their bench, with Mills and Anderson picking up 17 points each while captain Matthew Dellavedova had 15 points, 5 rebounds and 4 assists.