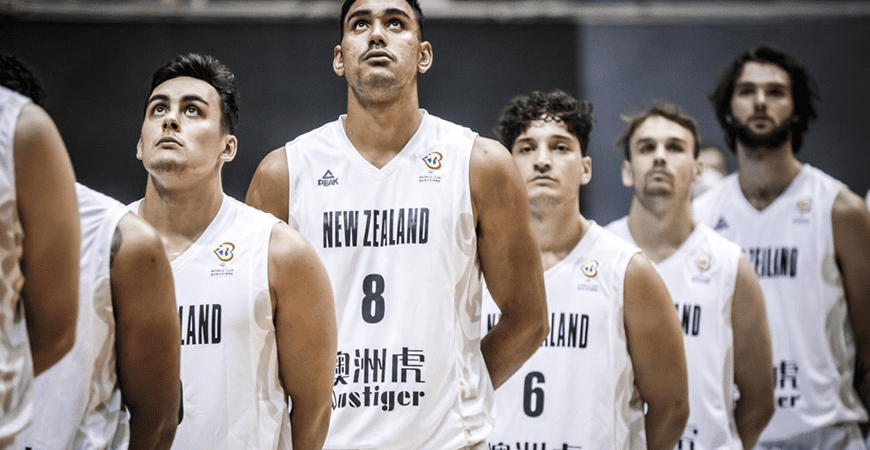 The Tall Blacks wrapped up their FIBA World Cup Qualifiers in Manila with its third straight win, taking a 95-60 victory over India to go to 3-0 in Pool A at the Araneta Coliseum.

Behind double-doubles from the veteran duo of Rob Loe and Tom Vodanovich, New Zealand raced away to a 35-point win against an India side – which showed noticeably more life on the offensive end from their previous match-up.

After leading by just four points after the first, Coach Pero Cameron’s squad cranked up the intensity in the second quarter – holding India down to seven points on 3-of-16 shooting to open up a 52-37 lead at halftime, thanks in part to a 23-0 run by the Kiwi sqaud.

The Tall Blacks opened up the lead in the second half, with Vodanovich ending the night with 20 points, 10 rebounds, 4 assists and 4 steals in a sold all-around effort.

Loe shook off early foul trouble to pick up a double-double of his own with 18 points (on 70% shooting) and 10 rebounds, while Taylor Britt (10 points, 2 steals), Hyrum Harris (8 points, 5 rebounds, 5 assists) and captain Dion Prewster (11 points, 4 assists) all contributed to the final scoreline.

Another bright note was Kiwi rookie, Brayden Inger draining a three late in the game for his first points as a Tall Black.

New Zealand again dominated the boards with a 49-28 rebounding advantage, including 20 offensive rebounds. They also shot 47% from the field against India’s 39%.

With the FIBA World Cup qualifiers in Manila now at an end, the players will return to their respective bases in New Zealand, Australia and Europe. The Tall Blacks are expected to next be in action in the third window of the FIBA Qualifiers, from June 30-July 2 – when they again face the Philippines and India.