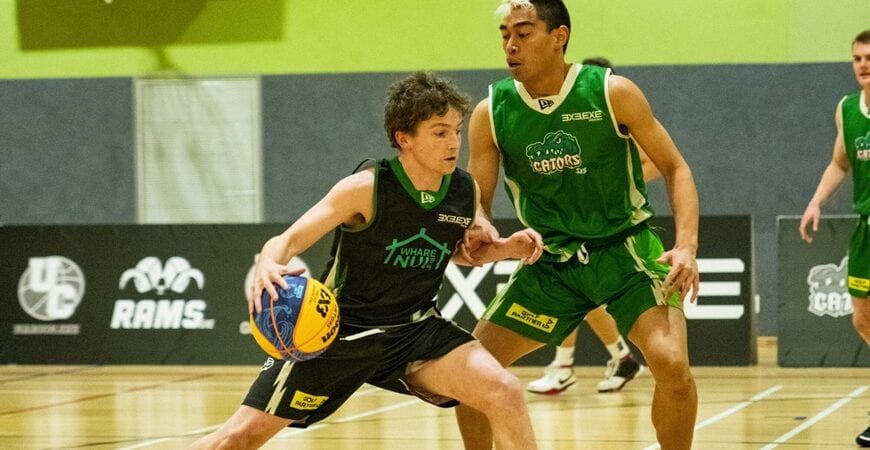 After going undefeated in Round 1 of the 3×3.EXE Premier League, Gators.EXE were handed their first loss of the competition at the hands of IOH.EXE.

Despite the blemish on their record, Gators.EXE were one of four teams in the South Island Conference to pick up two wins on Sunday night. Round 1 runners-up UC Maroon.EXE were among the teams to win two games, along with Wharenui.EXE and Rams.EXE.

Round 2 in the South Island Conference will resume on July 4.

The North Island Conference had no shortage of action in the nine games played on Saturday with a handful of contests coming down to the final shot. Scam.EXE, Wave.EXE and Bridge.EXE all managed to win two out of three games, whilst the remaining three teams grabbed one win.

Round 1 winners Coasties.EXE claimed just one victory this week, but the exciting nature of the competition means Round 2 is anyone’s for the taking when it concludes on July 3.

Each team will play two more pool games in Round 2 before the top-4 in each respective conference enter a knockout stage where ranking points are determined.

There are a total of three rounds in the 3×3.EXE Premier League with ranking points dished out at the conclusion of each round. After three rounds the top two teams in each conference will advance to the Grand Final event in Auckland on September 4.

More info on the 3×3.EXE Premier League can be found below: