IN MEMORY OF JOHN GROCOTT 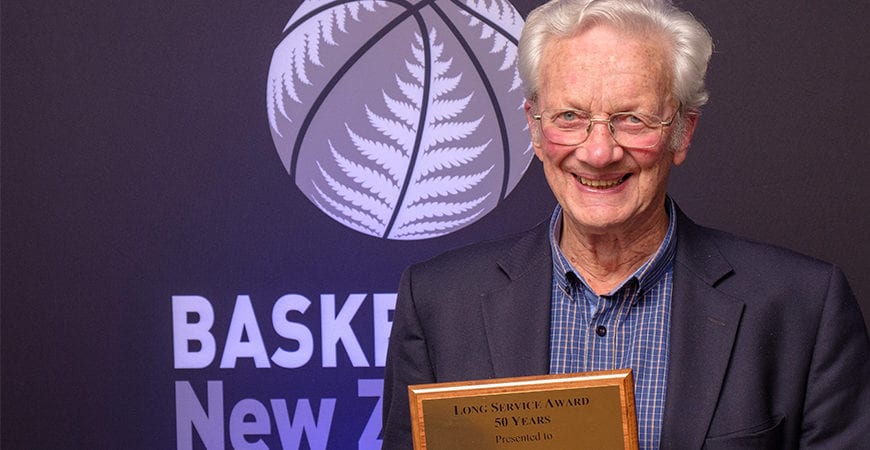 Our thoughts are with the family and friends of John Grocott. John passed away on Saturday.

John Grocott gave 50 years of service to basketball. He began playing at Wellington College in the mid 1950’s before he moved to attend Canterbury University.

In 1967, Grocott attained his National Refereeing badge and refereed in local Christchurch competitions for the next 40 years. From 1970 through until 1980, he organised the Canterbury Secondary School’s Friday night competition. The competition grew from 24 teams in 1970 to just over 100 teams in 1980.

During the mid-70’s, Grocott became involved with Basketball New Zealand when the office was based in Christchurch. In 1980 he was elected onto the Executive and remained in that role for 10 years.

He was a lovely man who will be truly missed. May he rest in peace.

“The end of a great innings”

Passed away peacefully at home on Saturday, January 18, 2020, in his 83rd year. Dearly loved husband of Lola, treasured father and father-in-law of Sara and Mark, David and Philippa, Eve and Kevin, and Tim and Lara, adored and fun-loving grandad of Olivia, Simon, Alex, Grace, Anna, William, Kate, Amy, and Ella. In lieu of flowers, donations may be made online only to Nurse Maude Hospice bit.ly/jwgrocott1801. Messages may be sent for the Grocott Family, C/-19 London Street, Christchurch, 8013. The Service for John will be held at the Shirley Boys’ High School Theatre, 209 Travis Road, North New Brighton, Christchurch, on Thursday, January 23, at 19M