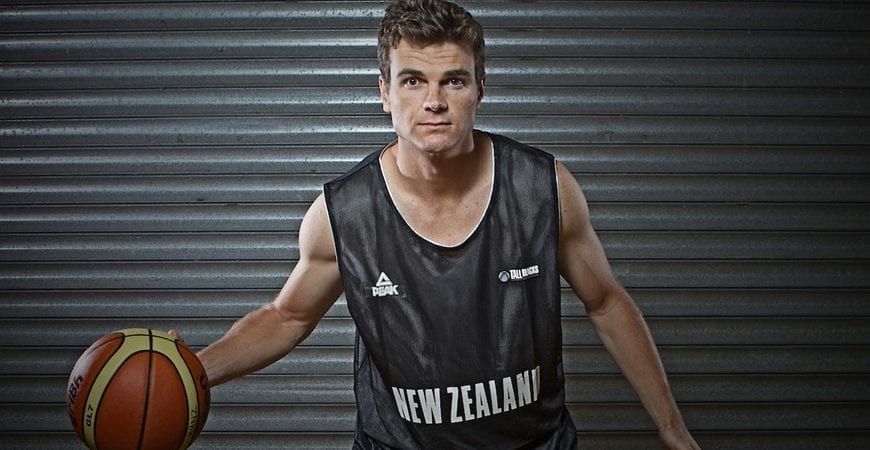 One of the biggest names in New Zealand basketball has called time on a career that will go down as one of the most influential in our history. Kirk Penney has announced that this season will be his last and at the conclusion of the 2017/18 NBL season he will step away from the game.

With one of the most distinguished resumes of any New Zealand basketballer, Penney has experienced basketball all over the world.

Penney made a name for himself playing college basketball at Wisconsin before pursuing a career in the NBA where he was involved with Minnesota, Miami, Los Angeles and San Antonio. He played for the Miami Heat and the L.A Clippers, at the time making him only the second New Zealander to play in the NBA after Sean Marks.

While time in the NBA was a sign of his talent, work ethic and skill Penney also played through Europe in Spain, Israel, Lithuania, Germany and Turkey.

Penney was instrumental in helping the SKYCITY Breakers to their first franchise title in the 2010/11 NBL season. That year he was the league MVP, making him the first Kiwi to win the award.

For the Tall Blacks, Penney was part of two Olympic Games campaigns as well as four World Cups including the 4th placed finished at the 2002 World Cup where he averaged 16.9 points, 3.6 rebounds and 2 assists per game.*

Beyond the numbers, Penney’s influence on the national programme has been huge. Basketball New Zealand CEO, Iain Potter has always had immense respect for the approach Penney took whenever he was involved in the Tall Blacks environment.

“Our sport owes him a debt of gratitude for his willingness to represent New Zealand throughout his playing career, his role with the Tall Blacks has been invaluable.

“Kirk has always demonstrated the attributes of a true professional. He has been a wonderful ambassador for the game, someone who is hard working, focused and disciplined as well as personable and approachable.”

Potter believes Penney’s influence will remain a feature of basketball in New Zealand for many years to come.

“He has always embodied what it means to represent New Zealand and is admired for what he has given our sport.

“We wish Kirk and his family all the very best for the next chapter of their life and thank him for his service to basketball in New Zealand.”

In a heartfelt open letter to the SKYCITY Breakers, Penney acknowledges all those who have helped him on his journey and been part of an incredible career.

The announcement comes in the lead up to the SKYCITY Breakers semi-final clash with Melbourne United where a place in the NBL Finals and a chance at another NBL Championship are on the line. Basketball fans in New Zealand and abroad will be hoping the SKYCITY Breakers can send Penney off in fitting style.

On behalf of the basketball community in New Zealand, Basketball New Zealand would like to acknowledge and thank Kirk Penney for all he has done for the game of basketball.