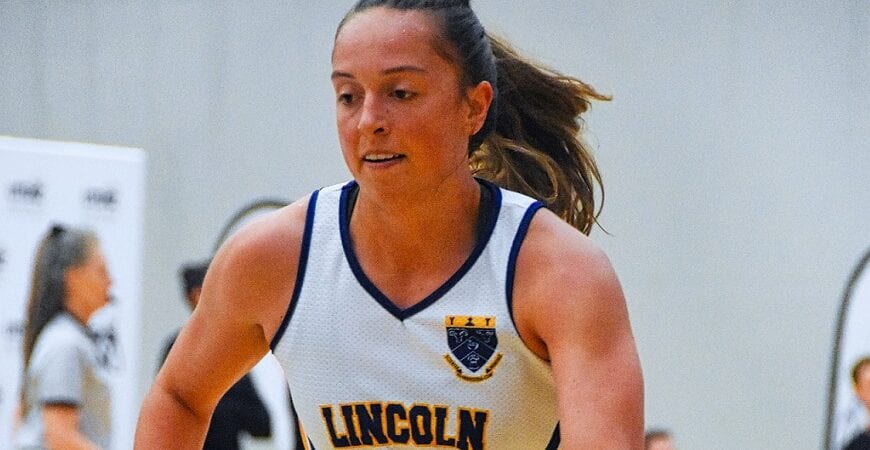 Lincoln University’s men’s and women’s 3×3 basketball sides have dominated the opening day of the UTSNZ Tertiary 3×3 Championships, presented by Stuff, in Wellington on Saturday.

They top their respective pools after the opening day and look set to be major contenders moving into finals day at ASB Sports Centre on Sunday, which will be broadcast live on the Stuff website.

Lincoln’s men’s side looked the class of Pool A as they cruised to first place with Tertiary and 3×3 veteran Ben Bowie leading the side well while Simon Lefaele was a force rebounding, making sure every possession was fought for.

Noa Price produced a spectacular play in a memorable moment that could have been captured on a poster as he almost jumped over an opponent.

The Auckland men came out strong on day one with a fast and skilled game on the back of 3×3 godfather Karl Noyer’s coaching. They picked up two wins out of three with Theo Hurdley starring offensively and Alex Yang and Mikaere Watene providing assistance.

The stand-out team in Pool B on day one was clearly Canterbury, who scored 22 points in all three games.

The trio of Sam Riley, Aidan Tonge and Paul Stephenson looked like they have been playing together their whole lives, each doing a bit of everything while blazing their way to the top spot.

Canterbury looks to be a team that could win it all.

Victoria recorded a 2-1 record on Saturday, edging out Waikato and AUT to secure second spot in the pool.

Jordan Lindbom showed all of his athleticism and touch around the rim while Anaru Takurua controlled the pace well and sharpshooter Richard Russell hit some much-needed long balls.

Lincoln topped the standings in women’s Pool A and appear to be the class act in the tournament.

Lauryn Hippolite shot the lights out from deep while Britt Richards and Emma Trolove bashed their way through the middle while Rosalia Samia played the most physical defence throughout the day.

Otago women grab the second spot in Pool A after a 2-1 record on day one. The Taranaki duo of Tara Clement and Caitlin O’Connell led the team throughout the day.

A three-way tie adds plenty of drama to women’s Pool B with Canterbury, Auckland and AUT all securing two wins and a loss in Saturday action.

Canterbury struggled in their first game but gelled nicely in the second and third thanks to their Tall Fern Josie Stockill and shooting from whippet Hannah Mischewski. Auckland women looked like the favourites early when they beat Canterbury; Olivia Berry showed slick moves with the ball, while her teammates all chipped in when needed.

AUT made a shock upset in beating Auckland in their final game of the day. Mele Latu was a force for AUT showing her range of skills while Maclani Michael fought hard for every possession and left an impression.

The live stream will continue to run on Stuff.co.nz. The women’s Grand Final tips off at 1:40pm tomorrow, with the men’s following at 2pm. With games only 10 minutes long, before to check in early.

Get familiar with all the rules for 2021’s UTSNZ 3X3 Tertiary Champs here.