Micaela Cocks – a legend on and off court 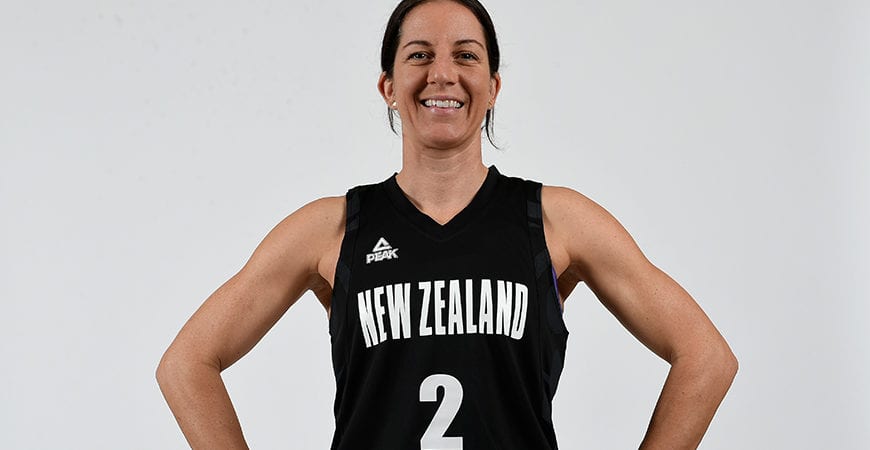 Micaela Cocks had just returned from an overnight camp with a group of “disconnected” kids in Townsville.

She is one of New Zealand’s great enduring sportswomen – a Tall Ferns living legend, who’s preparing to help New Zealand qualify for women’s basketball at the 2020 Tokyo Olympics.

But what makes her achievements in elite sport all the more special is what Cocks does in her professional life – working with at-risk youth.

Like many elite female New Zealand athletes, Cocks finds it necessary to work away from sport in order to pursue her Olympic ambitions.

Cocks is a youth worker with Project Booyah in Townsville, where she’s played her WNBL basketball for almost a decade. Project Booyah is an award-winning programme that’s close to her heart.

“We take teenage boys and girls, who are disengaged from school, for a 16-week programme as part of a camp,” Cocks says.

“Most of the teenagers have been through some sort of trauma, often they are not into book work, so we help them in other ways with their education.”

The fact that Cocks, one of New Zealand’s most decorated basketball players – male or female – has to work a second job to support her basketball career highlights the gulf between the earning capacity of the men and women playing professional basketball in Australasia.

Many of the players in the other national teams who New Zealand will face in the Olympic qualifying series in Auckland this month will be professionals. Not that Cocks is complaining, instead speaking passionately about her social work.

“Sure, I could get by on the money I earn from playing for Townsville Fire, but that only lasts for the six months of the WNBL season. I like the consistency of a full-time job,” the 33-year-old says.

“I’m older now and when I transition from playing, I want to have something that I can fall back on.”

During her years at the University of Oregon, Cocks studied for her Bachelor of Business Administration in sports marketing. She then worked for Queensland Nickel and Nike before becoming a youth worker.

“I really enjoy the work and it’s nice to have another focus other than basketball. It’s very rewarding to see the young people achieve their goals and re-engage in education and work,” she says.

Now in her ninth season with the Townsville Fire, and named captain of the side for the 2019-20 season, Cocks’ playing career has run almost parallel with Tall Black veteran Mika Vukona.

Cocks began her Tall Ferns career in 2005, the same year that Vukona donned a Tall Blacks singlet for the first time.

The pair are the only New Zealand basketball players to have won medals at both the 2006 and 2018 Commonwealth Games. Both have won multiple championships and have over a century of appearances on the international stage.

Cocks has the added distinction of an Olympic appearance in Beijing in 2008. Being a complete basketballer, she also helped the 3×3 Tall Ferns win gold at the FIBA 3×3 Asia Cup last year, where she was named the tournament MVP.

Cocks may be the senior member of the Tall Ferns squad, but her form and value to the national side shows little sign of diminishing. On court she is quick, gritty and she can shoot threes all day or drive the lane with the best of them.

She was named in the All-Star Five at this year’s William Jones Cup in Taiwan (where New Zealand finished runners-up) after averaging 17.2 points a game. Two months later, in September, the combo-guard was the Tall Ferns’ leading scorer at the FIBA Asia Cup, averaging 10.8 points a game.

Despite a 14-year career wearing the black singlet, the number of home games Cocks has played in New Zealand can be counted on two hands.

“I’m sure I’ve played less than 10 games at home during that time,” she says.

“It’s very exciting to play in New Zealand; it doesn’t happen very often. It’s terrific, not only for our supporters, but also it will enable our families to come and watch, and not have to fly overseas to watch us play for our country.

“Basketball is definitely on the rise and pushing and promoting female basketball in particular is really important.”

Cocks believes the experience the team gained during the William Jones Cup and Asia Cup will stand them in good stead at the Olympic qualifying tournament at the Trusts Arena, starting on November 14.

“We’re also confident against the Philippines. We can’t write them off, but we know if we show up with a good performance, we can beat them.

“China will be our toughest opponents. So our main focus, if we are realistic, will be beating the Philippines and Korea. A lot of our game plan will be about how we match up against these two teams.”

Schedule: Day Tickets start from only $8.50 (two games per day):