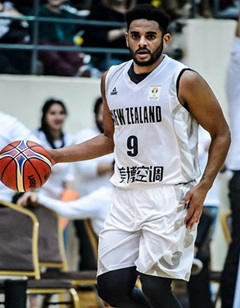 After leaving school he spent one year at Lambuth University, Tennessee before signing with the Breakers. In 2015 he signed with the New Orleans Pelicans for training camp and preseason. He appeared in three NBA preseason games for the team. In 2017 he also played six games for the Dallas Mavericks at the NBA Summer League.

He signed for Ironi Nahariya (Israel) for the 2017-18 season after eight years with the New Zealand Breakers during which time he won three Australian NBL championship rings.

Webster returned to the New Zealand Breakers in 2018. He is currently with Virtus Roma of the Italian Lega Basket Serie A (LBA).