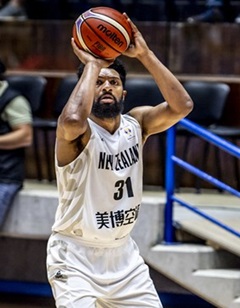 A member of the victorious team that defeated Australia in Brisbane in February 2020. Played admirably (10 points) despite not having played a competitive game for six months.

Played five games for the Tall Blacks in the 2015 international season.

In 2009, Prewster captained the New Zealand team at the FIBA U19 World Championships in Auckland averaging 10.4 points and .6.6 rebounds per game.

Currently playing for the Taylor Hawks in the New Zealand NBL Prewster has also played for the Wellington Saints, Southland Sharks and Nelson Giants since debuting in the league in 2011.

He has also played in the Australian National Basketball League for the New Zealand Breakers as a development player in 2012 and subsequently for the Sydney Kings in 2016 and 2017.

Played the 2017-18 season in Germany at Paderborn.