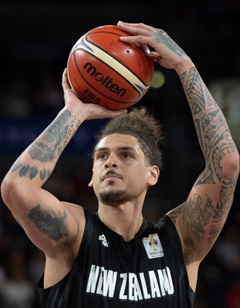 Spent three years at the University of Hawaii before turning professional and heading to Spain to play with La Bruixa d’Or Manresa.

Fotu played another two seasons in Spain at Zaragoza before signing with German club Ratiopharm Ulm for the 2017/18 and 2018/19 seasons seasons.

Has signed to play the 2019-20 season in Italy with Treviso.

Won a FIBA Under-18 3×3 World Championship medal in Italy in 2011 alongside fellow Tall Blacks Reuben Te Rangi and Tai Webster.