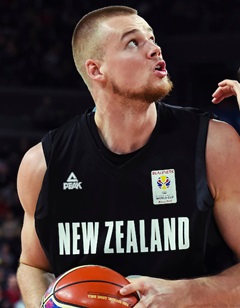 Made his debut for the Tall Blacks on a tour of China whilst still at Westlake Boys HS. Has played a total of 12 games in the black singlet.

Jack spent four years at University of Virginia where he has played  90 games for the Cavaliers. He was the starting centre for the Cavaliers for his Junior and Senior seasons and was co-captain in both those years, 2017-18 and 2018-19. In his senior year Virginia were crowned NCAA champions, Salt becoming the only Kiwi to win an NCAA Division I title.

Played for The Super City Rangers and Waikato Pistons in the NZNBL before beginning his college career. He was also a Breakers Development player in 2014.