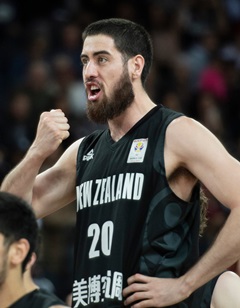 Scored 19 points in the defeat of Australia in Brisbane in February 2020.

Averaged 8.7 points during the FIBA World Cup Asia Qualifiers shooting the three-ball at a lofty 58%.

Was a member of the New Zealand team at the 2019 FIBA World Cup in China.

Was a member of the bronze medal winning team at the 2018 Commonwealth Games averaging 6.0ppg.

Debuted for Tall Blacks in 2013 and attended the FIBA Oceania Championships in the same year.

Was a member of the team that finished fourth at the FIBA Asia Cup in Lebanon.

After graduating from Mana College Ngatai attended Sierra Junior College, California for one year before transferring to BYU Hawaii for a further season.