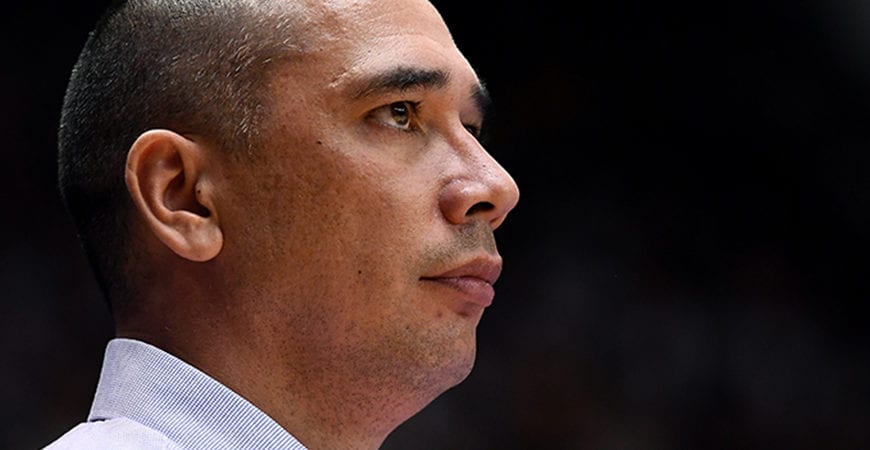 Paul Henare has called time as head coach of the Tall Blacks for an exciting opportunity overseas, to be announced late this week.

The decision ends a 17-year involvement with the team and jersey he cherishes so much, with nine years as a player, three years as an assistant coach and the last five years at the helm.

Henare has always been someone clear in his decision making and career path, never hesitating to make what might appear tough decisions if they are right for him, his family and the teams he works with.

“The decision to step down from my role as Head Coach was in some ways an easy choice – as strange as that may sound. Over the last few years my family have had to follow me around the country as we would pack and unpack moving from job to job,” says Henare.

“Time that I did have between seasons was snapped up by Tall Blacks commitments. Having one job now allows me to focus more on my family and gives me some much-needed time as a father and a husband.”

Henare’s decision was helped by the current state of the team, with the Tall Blacks enjoying a superb World Cup qualifying campaign and tournament that has seen them rise to 24 in the world rankings and secure a place at the 2020 Olympic Repechage tournament.

“The Tall Blacks and basketball in New Zealand are in a great place. I leave this role knowing that the foundations of this team that have been built over many years and are as strong as ever. The talent coming through means our future is bright and with the talented coaches we have here in New Zealand means they are getting the guidance and appropriate support they need.

“I want to add that I’m extremely grateful to Iain Potter, Leonard King, and the crew at Basketball New Zealand for enabling me to lead the team that I love. Of course that opportunity not only helped me secure the next opportunity, but also allowed me to be a part of the Tall Blacks. I leave knowing that the programme is in a great position and set to achieve further success.”

When reminiscing about his time with the Tall Blacks, Henare says he does not reflect on the last five years as the Head Coach, but instead the 17 years he has been a part of the team as a player, assistant coach and Head Coach.

“I can only look back at my time with the Tall Blacks and smile. Those lifelong memories and friendships are something to cherish and something I will forever be grateful for,” says Henare.

Basketball New Zealand CEO Iain Potter says it’s tough to see Henare go and look at how they might be able to keep him in New Zealand, but ultimately pockets need to be deeper to keep a coach of Henare’s caliber in New Zealand.

“We would have loved to keep Pauli aboard, but it comes down to the fact that Basketball New Zealand cannot offer a full-time position in this role yet. We will miss Pauli tremendously, his mana with the team and this programme is something to behold. He has led the team superbly during a testing few years as we have headed into new territory as part of Asia,” says Potter.

Basketball New Zealand’s High Performance Director, Leonard King, says they will consider options and introduce a new Head Coach for the February Asia Cup qualifying window and then the Olympic Qualifying Tournament in June at a yet to be confirmed location.

“I know that Pauli has a deep passion for the Tall Blacks and that he will remain committed and as dedicated as ever to see the team be successful. There are many different elements that are inherent to be a great coach, Pauli displays so many of those attributes and characteristics. I would like to thank Pauli for his leadership, mentorship and friendship. It has been incredibly gratifying to have an opportunity to work with Pauli and we wish him well on all of his new opportunities.”

An announcement about Henare’s next move is expected at the end of the week.