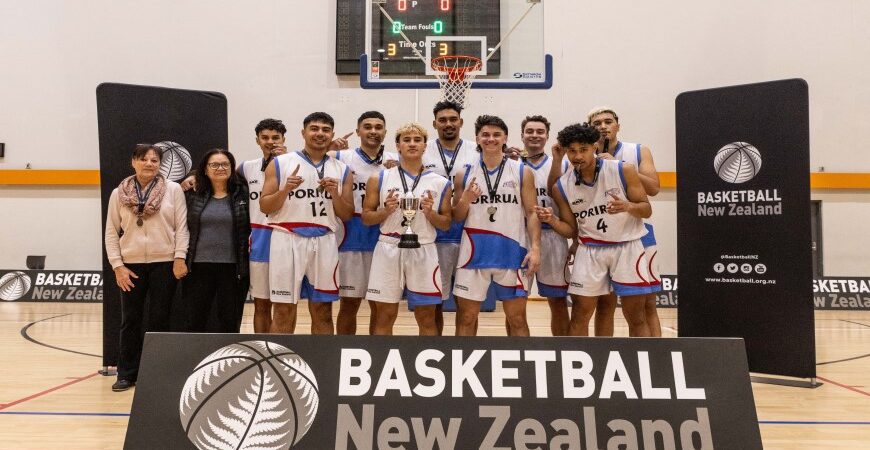 Porirua have been crowned U23 national champions with a 90-77 victory over Manawatu at Pettigrew Green Arena in Napier on Saturday.

Manawatu started out red hot hitting seven 3-pointers in the first quarter to give them a 31-18 lead through 10 minutes of action, but Porirua came roaring back in the second quarter outscoring Manawatu 24-7 to take a 42-38 lead into halftime.

There wasn’t much separating the two teams in the third quarter with Porirua claiming a narrow 22-20 advantage, helping them to a 64-58 lead heading into the final 10 minutes.

Porirua managed to keep Manawatu at bay in the fourth quarter and secured the championship behind a monster double-double from Tai Wynyard with 28 points and 23 rebounds. Francis Mulvihill added 27 points on 9-of-16 shooting (3-of-8 from 3) for the victors.

Jack Henry totalled a game-high 29 points for Manawatu in the loss, and Haize Walker bagged a double-double finishing with 25 points and 12 assists.

Both teams struggled with their shooting for much of the game, but it was the rebounding advantage for Porirua that was a crucial factor in the win. They outrebounded Manawatu 61-45 for the game.

Harbour claimed third place with a 115-96 victory over Wellington in the 3rd/4th playoff.  Scott Telfer led Harbour in scoring with 26 points on 8-of-9 shooting from the field and a perfect 5-of-5 from 3-point range. He also added eight rebounds and five assists to top off a well-rounded performance. Taine Wattie contributed 21 points on 8-of-16 shooting in the winning effort, too.

Wellington’s Finn McCLure managed a game-high 32 points on 12-of-18 shooting and 4-of-8 from three, while Thomas Gold missed just two shots en-route to 19 points.

More info on the U23 National Championship can be found below: