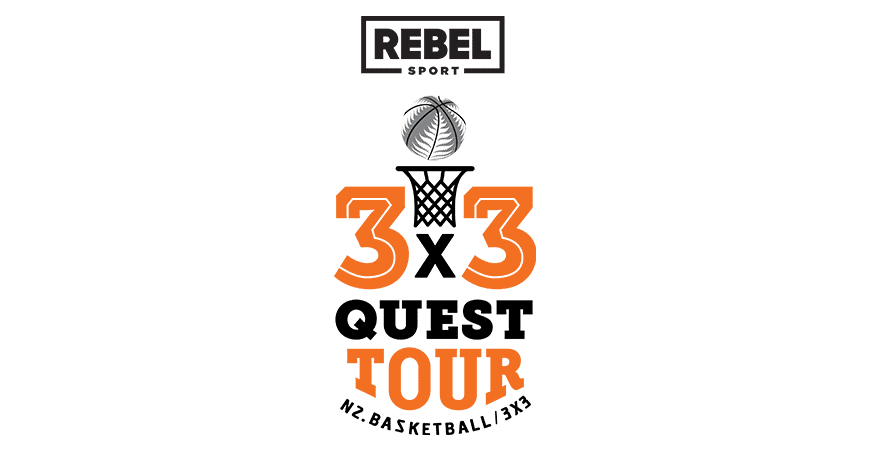 As 3X3 basketball continues a rapid rise across the country, Rebel Sport has joined forces with Basketball New Zealand to support the game’s growth as the Naming Rights Partner of two significant summer events.

The Rebel Sport 3X3 Quest Tour and Rebel Sport 3X3 Secondary School Nationals are set to feature up to 2000 participants between January and March, with the Quest Tour hosting eight stops across New Zealand, while the school-related event will be run over four days at Pulman Arena in south Auckland.

Rebel Sport said in a statement that they are pleased to be playing a part in the rising popularity of 3X3 with a top-level partnership.

“As a sports retailer, we have seen an incredible surge in the popularity of basketball and are proud to support one of New Zealand’s fastest-growing games.

“Rebel Sport is all about making sport more accessible and to provide all Kiwis with the gear they need to make sport happen more often.

“We welcome this opportunity to be involved at the grassroots level of such an inclusive sport.”

The 3X3 format will enter the Olympics in 2021 and the Commonwealth Games in 2022, sparking a sharp rise in the popularity of the Quest Tour and Secondary School Nationals.

In 2019 the Secondary School Nationals had just over 100 teams competing, while the 2021 entries could almost double that number.

“Rebel Sport is a leading and iconic brand across all sports, not just basketball, so we welcome them on board as the Naming Rights Partner of two very popular events on our annual basketball calendar.

“The summertime Quest Tour is fun and has a real travelling town-to-town aspect to it, while the Secondary School Nationals is likely to have as many as two hundred teams from across New Zealand participating. Both events represent huge numbers, especially in the youth demographic.”

The rise of 3X3 basketball was recently witnessed at the NBL’s 3X3 Cup, which featured New Zealand’s elite level players and attracted 20 hours of live television coverage across three days of fast, furious and physical action.

“The players love the game, especially the young generation of ballers coming through and experiencing the 3X3 game,” added Potter

“With Rebel Sport joining the show we’ll be making sure all the players get to enjoy an integrated 3X3 experience, whether that be out on the court playing or at their local Rebel Sport store purchasing their favourite basketball gear.”

Eight stops remain on the Rebel Sport 3X3 Quest Tour, with the next taking place on 16 January in Mount Manganui at the Tauranga Harbourside Netball Courts.

The Rebel Sport 3X3 Secondary School Nationals will run as a four-day event from 24-27 March at Pulman Arena in south Auckland.