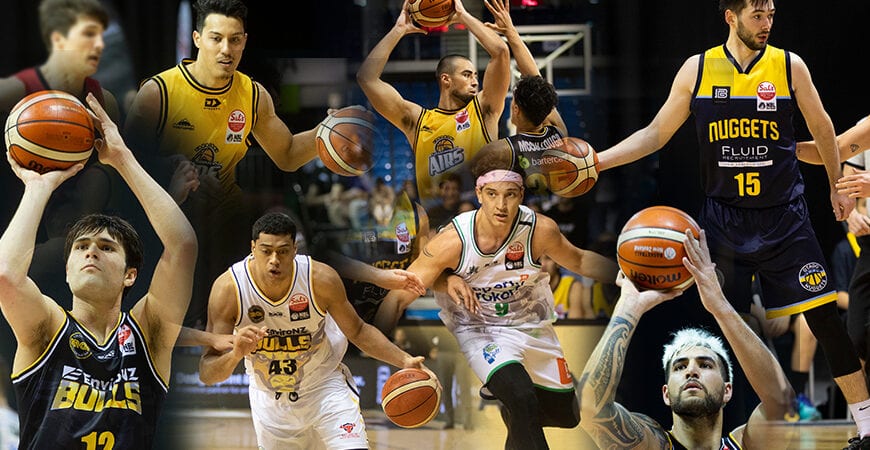 The fight for Tall Blacks spots has become that much harder with ten young players shining bright within the 84-player roster of 2020 Sal’s NBL.

The Sal’s NBL Showdown has propelled these future stars into the headlines. They’ve certainly been noticed by Tall Blacks Head Coach Pero Cameron and his assistants, who have submitted their names to the NZOC for possible inclusion in future Commonwealth and Olympic Games basketball teams.

Those to put their hand up for national duties, and possible inclusion in the wider thinking for both the Olympics and future Tall Black FIBA windows, are:

Those ten players join an existing longlist to ensure eligibility for the Olympic Games in line with the New Zealand Olympic Committee selection criteria. Amongst that list are a number that have returned to New Zealand following their American College commitments, with the likes of Bezzant, Mauriohooho Le’afa, Davdison, Vaiangina, Hunt and Keil all taking up the opportunity to play at home as they pursue their first fulltime professional playing gig.

Pero Cameron has been keeping tabs on the league from his home on the Gold Coast in Australia, taking in as many games as he can while Tall Blacks assistant coaches Judd Flavell an Mike Fitchett have also been keeping a close eye on proceedings, with Fitchett coaching the Nelson Giants.

“The Sal’s NBL has been a great opportunity to gauge our depth of talent and to discover new players that we might not have had on our radar previously.

“Without question, players have had more opportunities given there are no imports in this league. That means more minutes, more shots, and more decisions being placed in the hands of New Zealanders who might otherwise have been watching from the bench or on the fringe of a play drawn up for an import.

“I have especially enjoyed the chance to see a few of the players that have been away in the US at University. I’ve been impressed with their ability, and increased maturity and understanding of the game. To see some of those guys after three or four years of being away has been great and has certainly added to some selection conversations for when we next have the Tall Blacks together,” say Cameron.

Basketball New Zealand Manager of High Performance, Leonard King, has been courtside for pretty much every game in the Sal’s NBL Showdown and says the hybrid competition has highlighted the next generation of talent in the game here.

“We know how good the core group of Tall Blacks are. The majority of them are tried and tested in high level professional leagues in Australia and around the world. But what the Sal’s NBL has done is provide a platform for the next level of talent to put their names in the forefront of our thinking in regards national team representation.

“Not only that, but they have had the chance to measure themselves against, and in some cases train and play, alongside existing Tall Blacks like Mika Vukona, Reuben Te Rangi, Jordan Ngatai and Jarrod Kenny. That sort of experience is invaluable for young players and helps them understand what is required to reach the next level.

“With the return of many players out of the US College system, and the emergence of what we might call some ‘slow burning’ talent as they get more minutes and opportunities to lead their teams, the Sal’s NBL has added to our understanding of the talent available to the Tall Blacks coaching team,” says King.