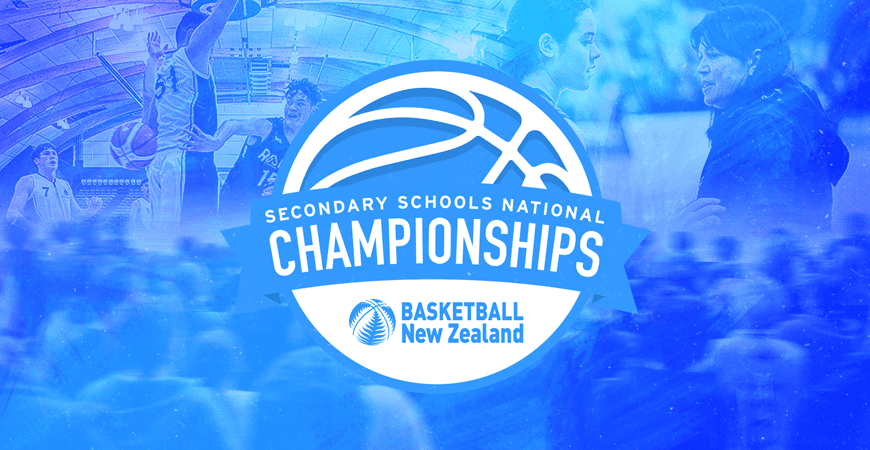 This weekend will see a welcome return to BBNZ Secondary School Basketball tournaments, with students from across Aotearoa able to participate in regional school basketball tournaments for the first time since 2019. In total, close to 4000 students and approximately 370 teams are expected to take to the court and represent their schools, with 13 tournaments being held throughout the country between 27 August and 3 September.

Two different types of tournaments will be hosted around the country within the next two weeks; Non-Qualifiers and Qualifiers. Both are designed to cater for different age groups, experience levels and pathways, while giving everyone the opportunity to get involved and play basketball for their school.

Designed for teams that want a tournament experience, schools may choose to enter a B team, or send a new team in the lead up to attending a qualifying tournament the following year.

“AA” Qualification – These are tournaments for larger secondary schools around the country. Schools should have a roll of more than 300 students (in Years 9-13) for a single sex school, or more than 600 students (in Years 9-13) for a co-ed school. “A” schools can attend “AA” Premierships if they choose to, however the school must commit to “AA” for the entire qualification process and will not be able to qualify for “A” division at the National Championships.

Each qualifying tournament will have a certain amount of spots for teams to progress through to the National Championships. You can find a flowchart here which explains the total number of teams able to qualify for Nationals from each tournament.