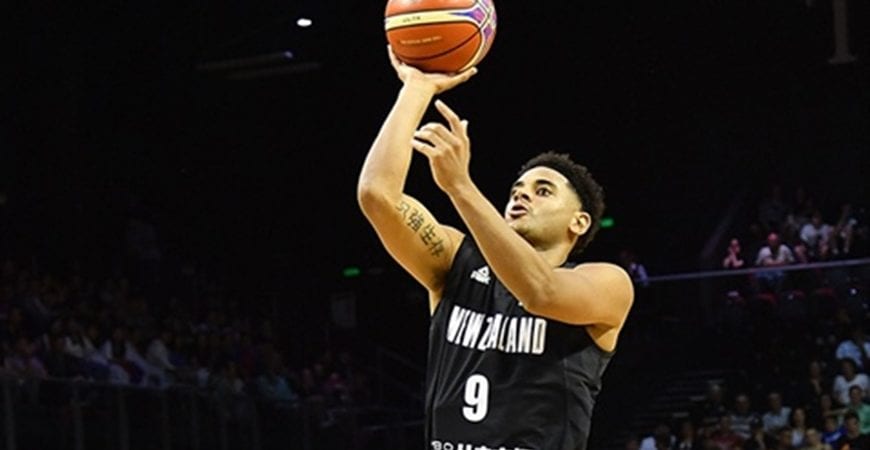 The MBO Tall Blacks have been forced into a roster change for the upcoming FIBA World Cup Qualifying window, with shooting guard Corey Webster withdrawing as he manages niggling injuries and fatigue.

Webster was included in a 14 man roster last week for the two games, both at home, but will now be replaced from the wider long list of 24 players eligible for the two games. The Tall Blacks play Jordan in Christchurch on 29 November and Syria in Wellington on 2 December.

The Breakers guard has played non-stop for much of 2018 in Israel, China and now back in the Australian League with the Breakers. Because of this, Webster’s absence is not unfamiliar ground for the team. Webster was unavailable for the June and July World Cup window when the MBO Tall Blacks beat China at a sold out Spark Arena and Hong Kong in Rotorua.

Webster has decided he needs the time to give his body a chance to get back to 100%.

Head Coach Paul Henare is naturally disappointed at the news, with Webster advising the coach of his decision in recent days.

“Corey contacted me last week saying he needed rest and the chance to get his body right, with a number of niggling injuries that have been causing him issues. Any player missing any World Cup Qualifying game is not ideal, but Corey has thought it through and made his decision.

“We will make some adjustments and can promise fans a couple of great games of basketball as we continue on our quest to first qualify for the World Cup and then to gain as high a seeding as possible.

“For both reasons every game is vital, even if and when we achieve qualification, we will be looking to select the best possible team for every remaining game to get a seeding that will help us in the draw in China, but first we have to get there.

“We have built great depth in this group over the past couple of years and while we always want the best possible roster available for every game, we can and will continue to rely on an increasingly deep pool of talent. I have no doubt the team will do us proud in Christchurch and Wellington.”

Henare will replace Webster in the 14 and will do so from the long list of 24 players nominated for this window. That announcement will be made in the next couple of days.

If the Tall Blacks win the next two games in Christchurch and Wellington, they will qualify for the 2019 FIBA World Cup in China.

Tickets for the Tall Blacks v Jordan game in Christchurch can be purchased at www.Ticketek.co.nz.

Tickets for the Tall Blacks v Syria game in Wellington can be purchased at www.Ticketmaster.co.nz.

(One additional player to be announced this Thursday or Friday. This list will be shortened to 12 players at least 24 hours before the Jordan game).

Rest of 24 Player Roster on standby in the case of injury or illness: