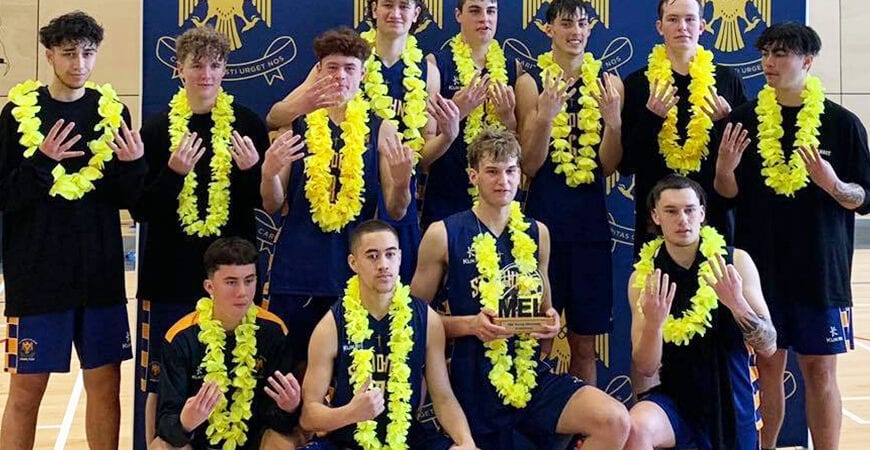 Scots took a 25-22 lead into the first quarter break but were comprehensively outscored 37-19 in the second frame with St John’s, much to the delight of the home crowd, boasting a 59-44 advantage at half-time.

Tafara Gapare had 25 points at half-time but it was Tai Wetere who stole the show in the third. The St John’s guard landing three triples on his way to a dozen points in the period as the hosts moved to an unassailable 84-65 lead at three-quarter time.

Understandably the pace slowed in the final quarter as both sets of players tired but there was time for Finn Lally (24 points) and Kael Robinson (23 points) to take their major contributions past the twenty-points mark.

Gapare was immense for Scots, the athletic forward scoring a game high 38 points to accompany countless rebounds and blocks. He received good support from Ahmed Essahaty (19 points) and Rufus Rusholme-Cobb (13 points) but denied the services of the influential Ezekiel Stallworth due to injury.

For St John’s forward Akiva McBirney-Griffin (15 points) the win completed a hat-trick of successes in 2020.

He has won the Mel Young Memorial and Waikato Schools title with St John’s, plus he was also a member of the Sal’s NBL Championship winning Otago Nuggets team in July.

“It means a lot to receive the trophy, it’s a big thing for me to come out here and win the trophy in my last year.

“I think we take it as our Nationals, we had some top schools here, some quality sides, and we are pleased to get the W,” said McBirney-Griffin.

In the 3rd/4th play-off game Rotorua Boys High School defeated Tawa College 63-57. Tawa finished strongly but having trailed 48-32 at three-quarter time left themselves too much to do in the closing stages.

The North Island ‘A’ Invitational Tournament, hosted by Te Aroha Basketball Association and with eleven schools competing, is currently being held at the Te Aroha Events Centre.

The Grand Final will be played on Saturday: Girls Final at 5:15pm, Boy’s Final at 7pm. The games are being live streamed here.

The Grand Final will be played on Saturday at 4:45pm and livestreamed here.