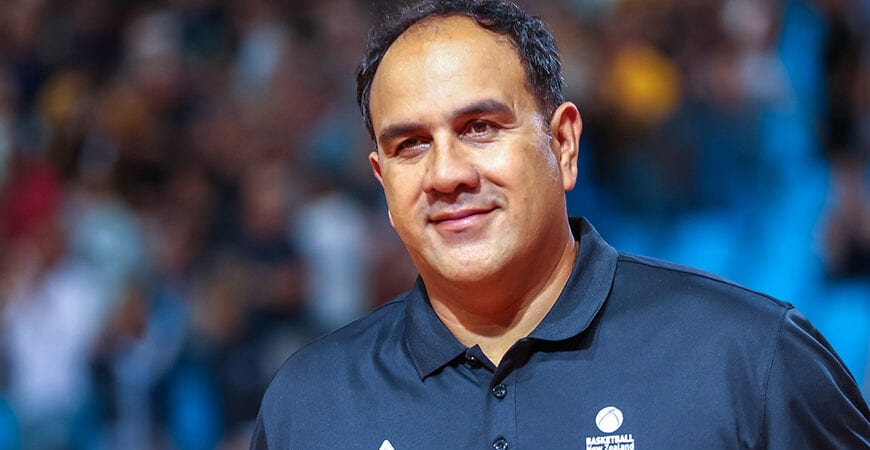 The FIBA Asia Cup is fast approaching and the Tall Blacks are expected to announce a squad at the end of the Sal’s NBL regular season and just before the Sal’s NBL Final Four.

Tall Blacks Head Coach Pero Cameron is planning to name a squad of approximately 20 players who will travel to Gold Coast at the start of August for a 10 day training camp. After the camp, the squad will be trimmed to 12 before the Tall Blacks head to Jakarta, Indonesia to compete in the FIBA Asia Cup 2021.

The Tall Blacks finished top of their group in a qualifying process. Now all they need to do is play in the Asia Cup to secure their place in the FIBA World Cup Qualifiers.

Basketball New Zealand Head of High Performance Leonard King says it’s imperative the Tall Blacks get back to competing on the world stage.

“It’s been a tough 16 months for everyone, not just in sport. We’re now seeing the world get back to putting on big events, with the European Football Championships underway, and the Olympics around the corner.

“The Asia Cup is a massive event on the FIBA Calendar. It’s only played once every four years and gets massive viewership in Asia, especially from the likes of China, Philippines, South Korea. This is the big stage the opportunities for our players to only be profiled on the world stage, but also get a taste of what’s coming with the World Cup Qualifiers is a massive opportunity.”

Similar to FIBA Asia Cup 2017 where the Tall Blacks ‘Young Bloods’ team finished fourth, Pero Cameron is taking the opportunity to build the next generation of Tall Blacks and the foundation of a team for the 2023 FIBA World Cup.

“In 2017 we intentionally took a young and exciting team. The 2017 Asia Cup was a major event that ignited the careers of Shea Ili, Finn Delany, Reuben Te Rangi and others, who are now established Tall Blacks and professionals.

“The assistant coaches and I are looking forward to welcoming some new Tall Blacks to the fold. We’ve a list who have already answered the call, and we’re excited about announcing them and seeing what they can bring to the black jersey.”

BBNZ says the COVID-19 environment abroad that has caused airlines to change flights and the added costs of MIQ continue to be challenging, but the Federation has prioritised the FIBA World Cup cycle and is committed to seeing the Tall Blacks at the 2023 event. BBNZ and the Tall Blacks medical team are also following developments in Indonesia as COVID-19 continues to cause disruption and King says they are in constant contact with FIBA.

“We know how much this event means to FIBA, it’s a massive deal. They have strict protocols in place and have the benefit of testing these on a number of international events this year already. FIBA will be ensuring the event operates in a bubble, similar to all the other big events being player around the world.”

Cameron has pencilled Wednesday 21 July for when the wider squad will be announced and hopes to be in New Zealand for the Sal’s NBL Final Four in Porirua on 22-23 July (Australian travel bubble dependant).