Tall Ferns name Captain as they depart for China 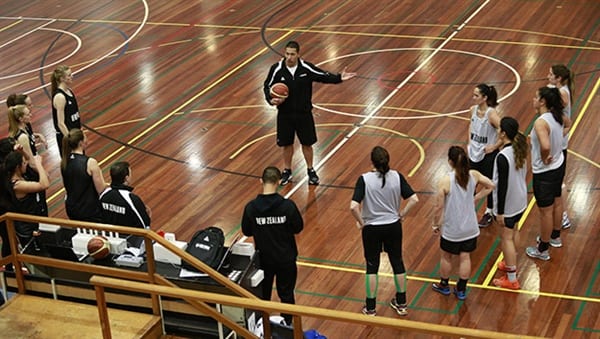 The Tall Ferns leave for the Four Nation Tournament in China tonight and for many players a debut for the senior national team as a new-look team earns their stripes against quality international opposition.

Head Coach Kennedy Kereama has been working the roster through their paces for the past week in Christchurch in preparation for the tour, and with eight debutants on tour, it is no surprise that the team has turned to experience when naming their leaders with the team and coaches voting Antonia Edmondson Captain and Kate Fielding Vice Captain for the China tour.

“I believe the team has made a very good decision in voting Toni in as captain,” said Kereama.  “Toni is our most capped and experienced player, she understands what is required to compete at the international level. Toni will be in the best position to mentor and direct the team through all the challenges that lay ahead of us.

“Kate Fielding will also be a great support in this role and although she has not played international basketball she understands the demands on a professional athlete and has shown a great deal of leadership throughout the camp.”

Kereama explains the need for two players to be in official leadership roles within the group.

“We decided on a dual captaincy role so that one player wasn’t over encumbered with playing and leadership responsibilities on tour. I believe both players will do an excellent job of leading this young group of players through the rigors of our schedule.”

The Tall Ferns fly from Christchurch to Auckland this afternoon before boarding their flight for China. Players and coaches are available for interview at Auckland International Airport at approx. 7.30pm. Media wishing to talk to the team or film interviews should be at the China Southern Air check in area for the team’s arrival at approx. 7.15pm.

The Tall Ferns will play six games on tour, against a WNBA American selection side, as well as matching up against Slovenia and the host nation.