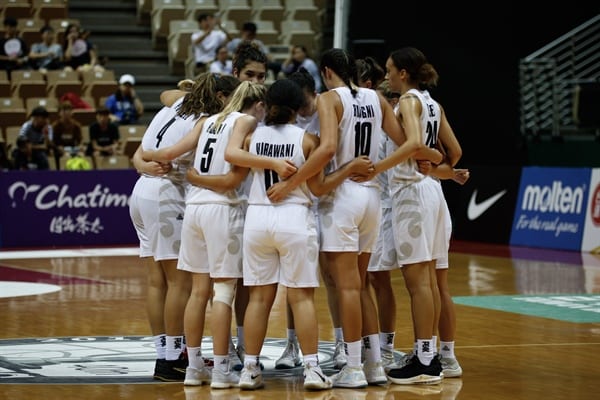 We start this week’s edition of Tall Stories with good news for Tall Blacks coach Paul Henare, with Tall Blacks trialist Everard Bartlett appearing to have found his scoring touch at the right time. He followed up his 16 points effort last week with a game high 22 points on Saturday as the Ballarat Miners accounted for the Brisbane Spartans 106-82 in the South East Basketball League (SEABL). The Spartans are winless on the road this season and didn’t look like reversing that trend as they lost every quarter to the Miners who improve to 7-8.

Bartlett had another productive night from behind the arc converting 6 from 11 from long range, which makes it 11/19 3PG (58%) from the past two games for the former Hawkes Bay sharpshooter.

Women’s team Gladstone Power was probably the busiest team in Australasia last weekend as they completed a demanding triple-header road trip. The good news for the team that contains three current or former Tall Ferns is that they won all three games in the Queensland Basketball League.

Charmain Mellars (nee Purcell) was not named in the recent Tall Ferns training squad to assemble in Auckland next month but after her performance on Saturday night perhaps NZ coach Kennedy Kereama may consider coaxing the former international out of retirement.

Mellars posted a massive double double of 24pts/21rebounds as the Power had far too much gas for bottom of the QBL Toowoomba Mountaineers winning 89-46 on Saturday.

On Sunday Tall Ferns contender (and Charmian’s sister) Natalie Taylor was the star of the show amassing 17 points, 10 rebounds and 3 assists as Gladstone over powered Brisbane Capitals 87-59. Another Tall Fern hopeful in Jess Bygate contributed 9 points and 7 rebounds.

Bygate was more prominent in the opening game of the road hike scoring 18 points plus 9 rebounds as the Power accounted for Logan Thunder 91-60.

Gladstone improved to 9-1 a game clear of Rockhampton at the top of the QBL ladder.

Elsewhere in the Queensland Basketball League former Tall Ferns captain Micaela Cocks scored a season high 21 points as Townsville Flames (7-3) accounted for Ipswich Force 89-67. The result sees the Flames move past the Force into third place on the ladder.

In Perth Lisa Wallbutton (9pts/12rebs) continued her good form as Willetton Tigers proved too strong for Perth Redbacks, winning 72-55. The win keeps Willetton in second place in the State Basketball League with a 16-2 record.

In the Big V League in Victoria, top played bottom as Hume City Broncos took on Diamond Valley Eagles. As expected the Broncos crushed the Diamonds 95-37, Otago’s Samara Gallaher adding 8 rebounds to 9 points. It is worth reflecting on Gallaher’s stat line from last week, which we were unable to bring you at the time –6pts/8rebs/5assists/4steals – are you watching Mika Vukona!

Third placed Southern Peninsula Sharks (12-4) had a win and a loss at the weekend. The third on the table Sharks had a very disappointing result on Saturday when they entertained second placed Ringwood Hawks. Unfortunately the Sharks were completely dominated by the Hawks losing 86-50.