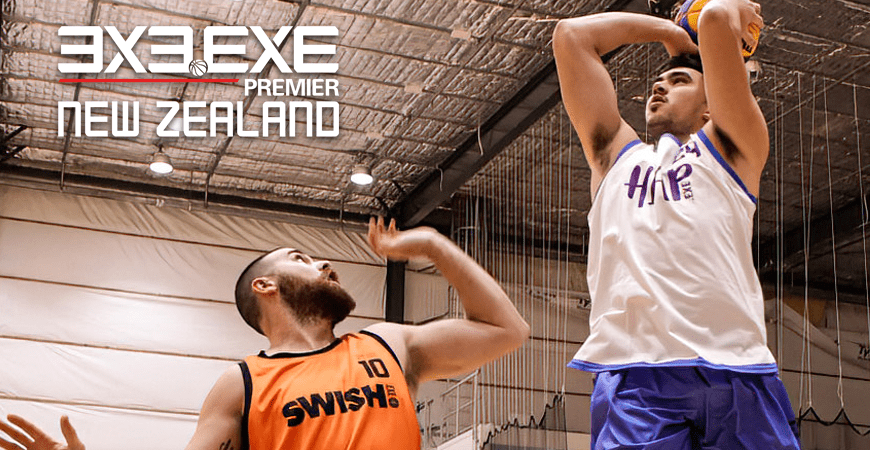 The second round of the 3X3.EXE Premier saw plenty of exciting 3X3 action played out across Auckland and Christchurch over the weekend, across the Northern Men’s, Northern Women’s and Southern Men’s competitions.

Round two of the Men’s Northern competition saw the new kids on the block, Stingrays.EXE going unbeaten on the Saturday to capture maximum competition points.

Teammates Te Tuhi Lewis, Daniel Dobson, Cullen Marsters and Kenechukwu Nwafor played hard throughout, beating Scam.EXE 18-15 in the semis before facing Swish.EXE in the final – emerging with a 21-18 victory thanks to the play of MVP Lewis.

The Round 2 win moves Stingrays.EXE up to second place on the ladder with 170 points, only 10 behind first-placed Swish.EXE.

Round 2 also saw a new winner in the Women’s competition, with Wizards.EXE – led by Charlisse Walker-Leger alongside 2021 AON U19’s MVP Breeje Schuler and Hailey Moala – earning the full 100 points.

After dispatching Dream.EXE in the semis, Wizards.EXE were able to pull out a 19-13 win against Swish.EXE in the final – Charlisse Walker-Leger earning MVP honours in the process.

The Round 2 win moves Wizards.EXE up to second place on the competition ladder, equal in points with Swish.EXE with 160.

UCMaroon.EXE were able to reach the semis where they took out Gators.EXE 21-17; the finals saw them take on young team Rams.EXE – emerging victorious 21-17, with Aidan Tonge earning MVP honours for the second week in a row.

UCMaroon.EXE continue to sit first on the Southern Men’s ladder with a maximum 200 point, 50 points clear of second-paced team Gators.EXE.