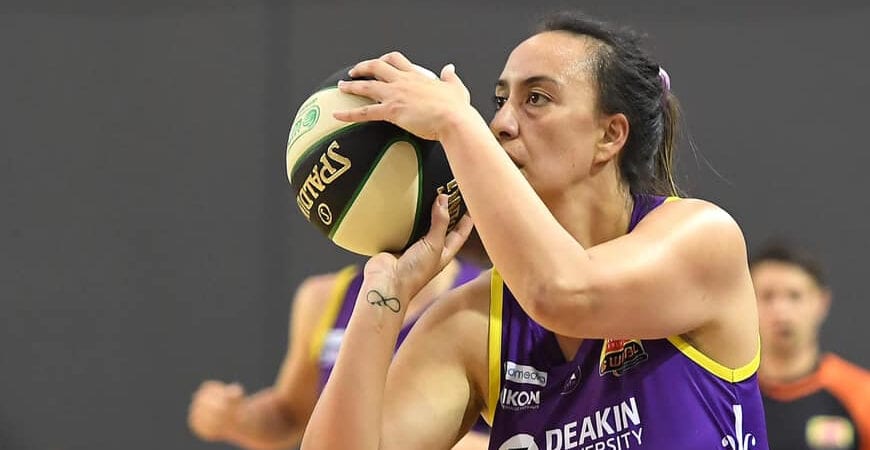 The 2020 Australian Women’s National Basketball League (WNBL) season is underway with seven Tall Ferns in action in the opening week.

Melbourne Boomers and Tall Ferns Head Coach Guy Molloy is not putting too much pressure on his charges at the start of the season.

“Our job is to deal with the very limited preparation we have had in Melbourne due to COVID We are looking to build momentum as we go along,” said Molloy

Molloy will be delighted with the early momentum that the Boomers have been able to generate as they won their opening three games.

The quintet of Tall Ferns in the Boomers line-up all played their part as they opened their campaign with a solid 85-70 win against Sydney Flames.

Stella Beck (3 points, 3 assists, a block and a steal was the only Kiwi to start however Kalani Purcell (6pts/7rebs/4a), Penina Davidson (5pts), Ashleigh Karaitiana (5pts) and Toni Farnworth (2pts)  all made useful contributions off the bench.

That was an entrée to a huge win against cross town, and championship favourites, Southside Flyers with Ash Karaitiana to the fore.

The Boomers won 89-72 with Karaitiana dynamite from beyond the arc making six from eight attempts for her 18 points. Beck (10 points) was also efficient from deep making two of three attempts – the Boomers were 16 from 27 at  a stunning 59% from three-point land in the game.

Playing their third game in five days the Boomers were less convincing against Perth Wildcats but still managed the win – 62-56. Karaitiana scored 6 points and Beck was busy with 2 points, 7 rebounds, 2 assists and a couple of steals playing a team high 34 minutes.

Mary Goulding was terrific on debut for Bendigo Spirit logging 27 minutes in a starter role. The Spirit went down 76-56 to Canberra Capitals but Goulding must have been delighted with her contribution – 6 points, 8 rebounds and a couple of assist. Chev Paalvast is also in the spirit line-up but went scoreless in her 13 minutes.

In Italy Venezia moved to third spot on the Serie A ladder with an 89-71 road win against Virtus Roma.

Isaac Fotu top scored for Venezia with 19 points (8/15FG) in 21 minutes – his highest score in the Italian League this season. The Tall Blacks forward also corralled 5 rebounds as Venezia improved to a 5-2 record.