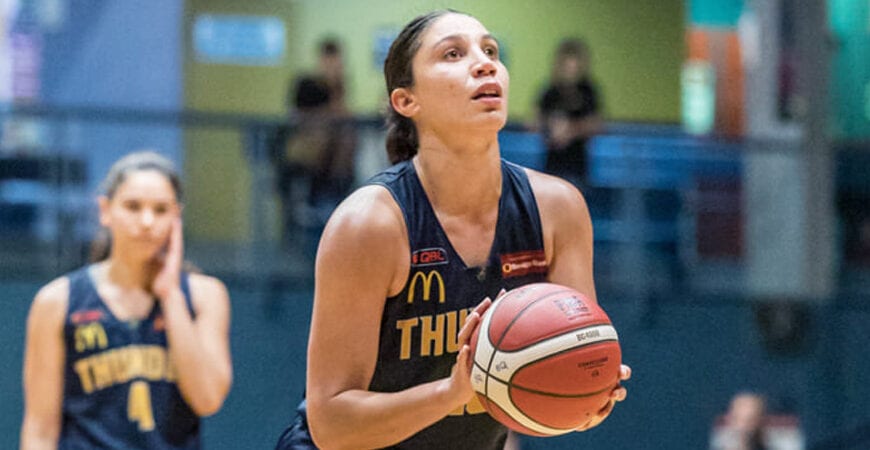 Tall Fern Chevannah Paalvast enjoyed the sweet taste of championship success on Saturday night as Logan Thunder claimed the Queensland State Basketball League (QSL) title with a convincing 85-61 victory against Southern District Spartans. Paalvast, playing 34 minutes before she fouled out, scored 10 points for Thunder who have gone through the shortened QSL season unbeaten.

For the Spartans Kalani Purcell came up with a herculean performance. The Tall Ferns skipper scored a team high 22 points, claimed a season high 17 rebounds as well as dishing 10 assists for a rare triple double. Sister Natalie Taylor chimed in with 4 points and 6 rebounds but the Spartans were second best on the night despite Purcell’s efforts.

Purcell will now turn her focus to the Australian WNBL where she will shortly link up with the Melbourne Boomers, the Melbourne club boasting a further four Tall Ferns on their roster – Stella Beck, Penina Davidson, Toni Farnworth and the recently signed Ashleigh Karatiana.

In South Australia Jordan Hunter and West Adelaide Bearcats (5-3) are up to fifth on the Adelaide Basketball Challendge ladder after an 85-38 drubbing of Woodville. Hunter, a member of the Commonwealth Games bronze medal winning New Zealand team, scored 8 points for the Bearcats.

In Italy Jillian Harmon was named MVP on the Famila Schio website after helping Schio to a 66-47 win against Broni. It was a fifth straight win by Schio to launch their Italian League campaign.

Also in Italy Isaac Fotu enjoyed his best outing of the season for Venezia. In just his eighth game for his new club the Tall Blacks power forward came up with 17 points as Venezia (4-1) hold second spot on the Serie A ladder after a 99-92 home victory against Sassari.