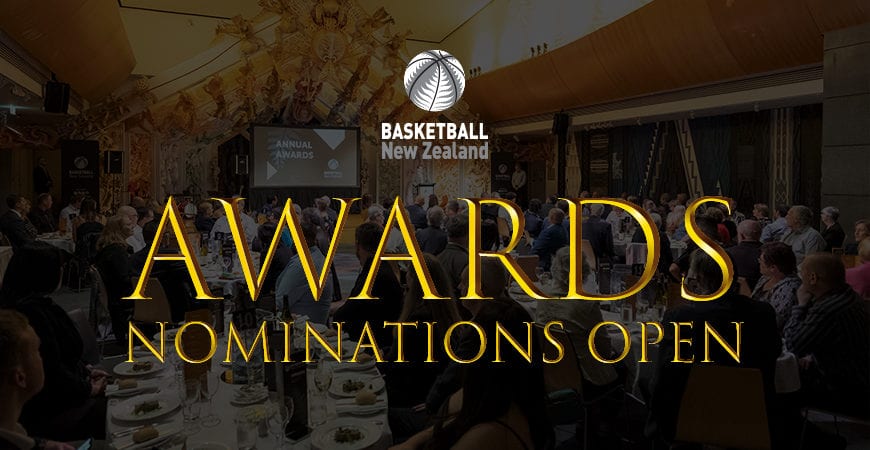 Basketball New Zealand has announced the nominations for the 2019 Awards is now open.

The Awards Dinner will be held at Te Papa’s Te Marae on Friday 8 May next year, celebrating the achievements of both individuals and teams from this past year.

There are two new awards up for grabs in 2020, those being the Young Official of the Year Award and Star Award. The latter acknowledges a special individual who has been of great service to the game.

The Services to Coaching Award and Ian Goodwin Services to Officiating Award have also had criteria changes. Sal’s National Basketball League, Women’s Basketball Championship and International games will be included in the criteria when judgement is made for the awards.

BBNZ encourages associations to nominate hard-working figures in their basketball community to reward them for all of their efforts. Award recipients will receive a funded trip to the collective celebration.

Nominations for the awards are to be made through BBNZ website and close on 6 March.