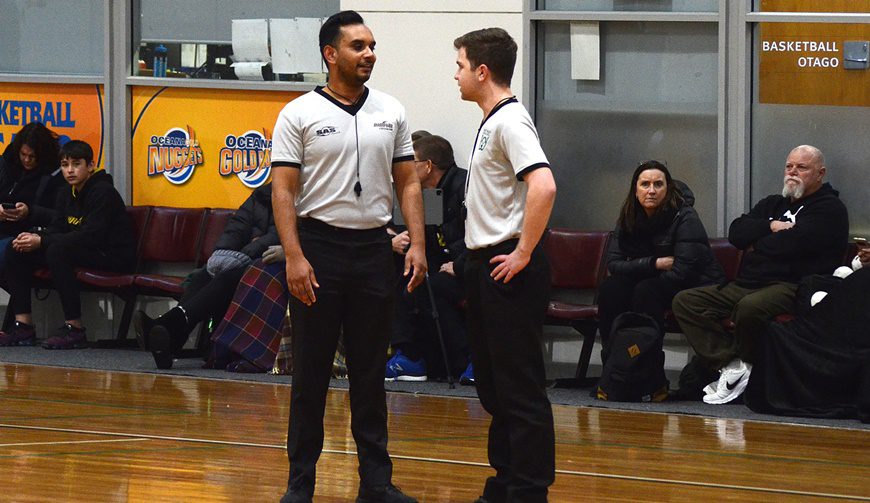 FIBA has announced some changes to the Official Basketball Rules that took effect globally from 1 October 2022. Because this date falls within our normal season, the rule changes will apply in New Zealand from 1 January 2023.

Many of the changes are minor or improved wording to aid clarity. Here’s a quick rundown of the key changes.

Some of the changes relate to the Instant Replay System (IRS), including a new coach’s challenge, but these will not apply in New Zealand as the IRS is not being used in any competition here.

Warm-ups before the game
Before the game, teams now warm up at the basket in front of their team bench (and play towards that basket in the first half).

Alternating possession arrow
A change of wording means that, if the ball goes directly out-of-bounds from the opening jump-ball, the team taking the throw-in will be considered to have had the first possession and the arrow will point for the other team.

Unsportsmanlike foul
There are two changes relating to unsportsmanlike fouls. The first is that criterion 5 (for a foul during a throw-in in the last two minutes) has been deleted and replaced with a new throw-in foul. The second is that the wording of criterion 4 (the “clear path” foul) has been improved to clarify that it applies when the progressing player controls the ball or is attempting to gain control or is attempting to catch a pass.

Throw-in foul
A new type of foul has been introduced for a personal foul that happens before the ball is released on a throw-in in the last two-minutes of the fourth quarter or overtime. The penalty is one free throw and a throw-in at the place nearest to where the foul happened. If this throw-in is in the back court, the shot clock is set to 24. If the throw-in is in the front court, the shot clock stays on the remaining time or is reset to 14 if it was under 14 at the time of the foul. It should be noted that there could still be an unsportsmanlike foul called if any of the other unsportsmanlike foul criteria apply, depending on the nature of the foul.

New referee signals
A new signal has been added for goal tending and basket interference violations. There is also a new signal for an “illegal cylinder” foul, which is when a player encroaches into an opponent’s cylinder and makes illegal contact.

Mechanics changes
We now blow a warning whistle before bouncing the ball to the thrower-in after a time-out, in addition to the other situations where we have a warning whistle (before the opening jump-ball, before the throw-ins to start each quarter, and before a front-court throw-in on the end line.