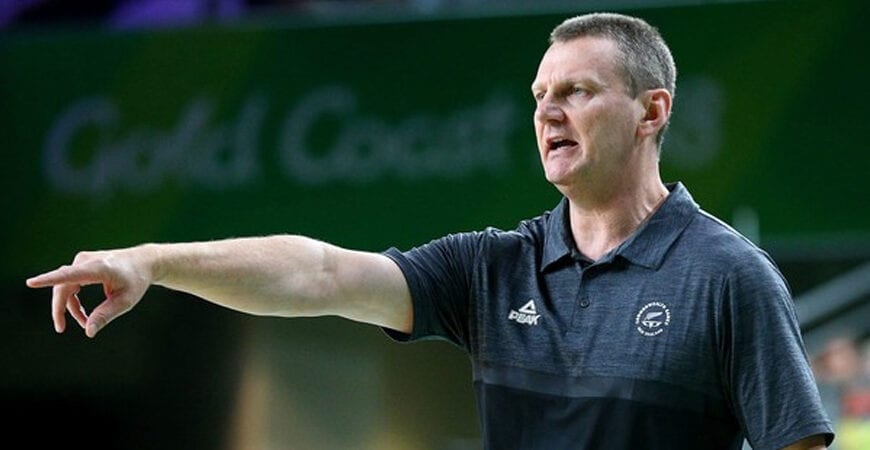 Guy Molloy’s 11-stop coaching roadshow will come to an end in South Auckland next week, ahead of the Tall Ferns Selection Camp.

The Tall Ferns Head Coach has been touring the country throughout May delivering free coaching workshops designed for coaches of all levels.

Run with assistance of Basketball New Zealand’s Head of High Performance, Leonard King, the duo began their tour in Whangarei and have since addressed dozens of coaches in Rotorua, Stratford, Wellington, Invercargill, Dunedin, Christchurch, Nelson and Napier before the last two stops on Auckland’s North Shore and in Takinini.

2021 marks the third year that National Coaching Clinics have been delivered around the country and King believes real progress has been made by the associations.

“As I reflect back two years ago to where we are now, our associations have taken some significant steps forward in their preparation for our visits.

“This year we have seen a real shift in the willingness to be on the same page as our national teams. Building a community of coaches with a strong culture of skill development and knowledge sharing is the goal.

“It’s a long game and the alignment won’t happen overnight, but we remain committed to the investment in coach development at all levels.”

For Guy Molloy, it was once again a tremendous opportunity to reconnect with the coaching community around New Zealand.

The upbeat Australian says he’s enjoyed the work he’s done this side of the Tasman and the interaction with different people across the country.

“It’s been excellent, the groundswell of momentum and enthusiasm for basketball is the highest I have ever seen.

“The turnout of coaches has been terrific, and I would think we have seen well over 300 coaches participate across the nine venues we have so far visited.

“Also, the quality of the demonstrators (players) is at a much higher level than I remember from previous years.”

Molloy found it difficult to pick out one highlight but admitted delivering workshops in locations he had never visited before was special.

“I’d never been to Nelson, Invercargill or Dunedin, so that was terrific. We are always blessed with beautiful places to visit in New Zealand, but I’d never been to those cities before and I hope I get the opportunity to go again.

“Also, seeing some of the Gisborne coaches come down to a session was very pleasing.”

“It was fantastic to have Guy working with our best young female players and coaches.

“Basketball Otago is working hard to develop a strong development pathway for women and girls that will give talented players in Otago the best opportunity to try to make it to the Sky Sport New Zealand Tall Ferns.

“We want our coaching and development programmes to be linking hand in hand with what Guy is doing with the Tall Ferns, so that this pathway is as seamless and as effective as possible.

“We got a great turnout from our coaches in Otago, and it was fantastic for them to be able take away some of the key points that Guy is emphasising with the Tall Ferns”

Molloy will deliver his final two clinics in Auckland either side of the upcoming Tall Ferns Selection Camp.

“Basketball is really gathering steam in New Zealand and if I can offer something that coaches will find useful to take back to their teams and players, I’m only too happy to help,” added Molloy.

Spots at this weekend’s clinic AUT’s Akoranga Campus on the North Shore and next Saturday’s at Pulman Arena are still available. To register for the vacancies, contact North Harbour Basketball Association or ABSL.