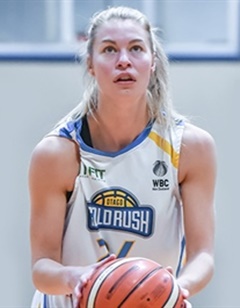 Richards played four games at the 2021 Asia Cup in Jordan.

She was a member of the Tall Ferns team that finished runners-up at the 2019 William Jones Cup.

Played all 91 games for the Tritons in her three years on the team amassing 982 points and 430 rebounds.

Won a WBC championship with Otago Gold Rush in 2018.

Richards, playing for Gold Rush, was named to the 2020 NBL All-Star 5 after finishing as the leading rebounder in the League averaging 10.2rpg.

Averaged 8.2ppg and 6.6rpg for Rockingham Flames in the inaugural NBL1 West Conference in 2021.