Tall Blacks bounce back in huge win over Japan 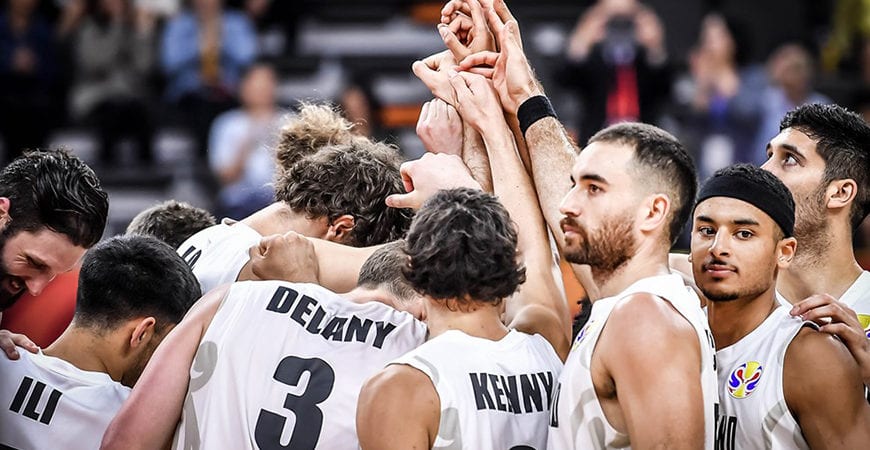 The Tall Blacks may be out of contention for the business end of the FIBA World Cup, but they showed they remain as focused as ever with a 111 – 81 thumping of Japan in Dongguan tonight, keeping alive their hopes of qualifying for the 2020 Tokyo Olympic Games repechage tournament next year.

Some first quarter defensive lapses aside, the Tall Blacks simply had too many guns for an outclassed Japan, with Corey Webster continuing to star as the tournament’s leading scorer with 27 on the night, including four of six triples, while Isaac Fotu was named player of the game for his double/double of 23 and 10. Tai Webster (15 points, 9 assists), Rob Loe (12 points – 4/3 triples, 6 assists), Tom Abercrombie (10 points, 4 rebounds) and Shea Ili (8 points including 2 of 3 triples) all had busy and accurate nights – with everyone on the roster again playing a role in a fast moving offensive display.

Head Coach Paul Henare was pleased with the character shown by his side less than 48 hours after the defeat to Greece.

“Aside from the lapse at the end of the first quarter which allowed Japan back into the game, I was pleased with the adjustments and turn around we made to post a really good win, which is really pleasing for us.”

The Tall Blacks shot out to a fast start in a game that they needed not only to win but win well and pad out their points differential. With each of the classification group winners booking an invite to those four final chance tournaments in June next year and just the best second placed team assured of joining them, the Tall Blacks were wary of points differential if used as a tie breaker at the end of the tournament.

With the lead at 12 midway through the first things were on track, but Japan responded with a run led by centre Nick Fazekas. Given too much latitude from deep, the naturalized Japanese player made four quick three’s and Japan drew level at 29 at the end of the first quarter.

The adjustments came from the Tall Blacks though, limiting Japan to 10 points in the second and easing out to a 16-point halftime lead. The second half saw that high tempo continued and Fazekas was shut down, ending the game on 33 points but too often the lone ranger in blue, with New Zealand always in control, the only question was how many they would win by.

Guard Shea Ili had a quiet scoring night by his standards but found 2 triples in his 8 points and typically busy defence off the bench.

“It has been pretty good, coming off the bench and working with the bench mob to come and continue to bring that energy. I am liking this level of basketball and hope to get something out of it. I like to play fast, that is my game and I like the encouragement to push the ball every time.

“My eyes lit up when Pauli first talked about this game plan, credit to all the boys, not many people like playing this way but everyone has taken it on board and giving top teams a run for their money.”

New Zealand now play Turkey on Monday in what is essentially a sudden death shoot out, with the winner assured of winning the group and with it, an automatic invitation to attend one of four repechage tournaments next year as a last chance of qualifying for the Tokyo Olympic Games, something that has Ili excited.

“Like Pauli said in the locker, room, we don’t think New Zealand has ever beaten Turkey in basketball and we are going to come out firing like we have been in this tournament. We have to bring it, not worry about anyone else and play our own game and hopefully the result will come.”