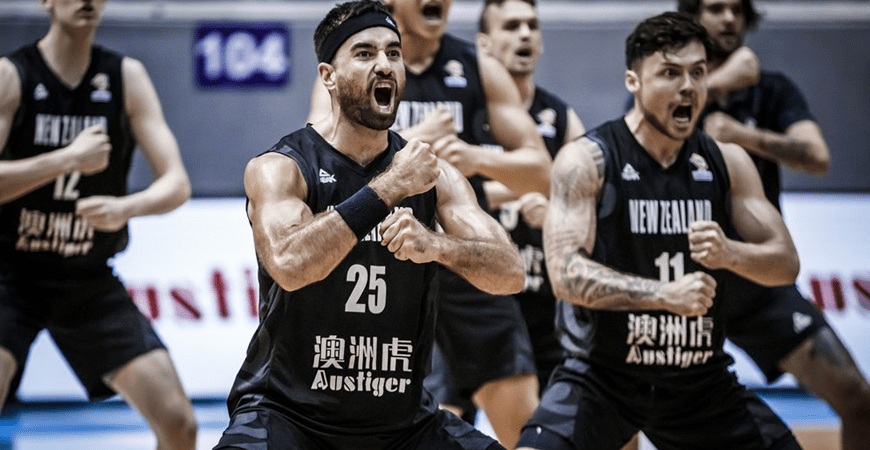 With the Tall Blacks set to play their first game in Aotearoa since 2018 next month – hosting the Philippines as part of the FIBA Basketball World Cup 2023 Asian Qualifiers – BBNZ has today announced a long list of 33 players in contention for this game.

The players will assemble in the days prior to the Tall Blacks game on 30 June at Eventfinda Stadium in Auckland, with a game day squad of 12 players selected at that point. Tall Blacks Head Coach, Pero Cameron says that the long list contains a ‘solid’ group of athletes from which to pull together a squad to face Gilas Pilipinas next month.

“And then we’ve got a group of hungry, young up-and-comers who have proven themselves at the college basketball level in the States; athletes like Kruz Perrott-Hunt, Sam Mennenga and Dan Fotu. These younger guys are the future of our Tall Blacks programme so we want to get them involved now, learning from the vets about what it takes to wear the black singlet and represent Aotearoa on the world stage.

“So I expect all these guys – young and old – to fight hard to earn a spot on the team, as nothing is given out at this level unless hard work and dedication is put in.”

Coach Cameron and the Tall Blacks will also draw from this pool of 33 players for the upcoming FIBA Asia Cup, which is being held in Jakarta, Indonesia from 12-24 July.

The Tall Blacks take on the Philippines at Eventfinda Stadium in Auckland, 7.30pm on 30 June. Tickets are available at https://tinyurl.com/ycy6e9dd

Find out more at www.fiba.basketball/basketballworldcup/2023/asian-qualifiers