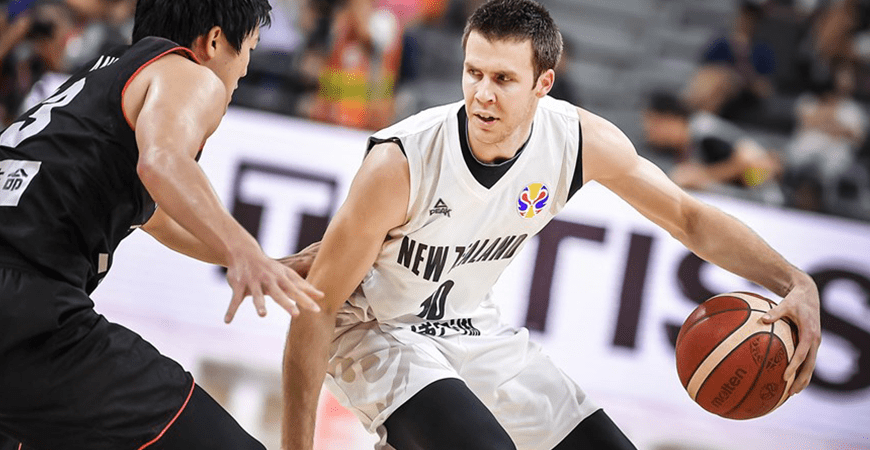 The MBO Tall Blacks will guarantee their inclusion in a 2020 Olympic qualifying tournament if they win against Turkey tonight, in their final FIBA World Cup game.

Turkey will be favourites. In the first round, Turkey defeated Japan when NBA rookie Rui Hachimura was still with the side. Like the Tall Blacks, Turkey were unlucky to be sent to the Classification Round. They narrowly lost to the USA, 92-93, in a game that went to overtime and have since gone on to defeat Montenegro 79-74. The Tall Blacks have never beaten Turkey and veteran Tom Abercrombie knows from experience that a formidable test lies ahead.

“They are a very strong team. A team that, traditionally, we have had some very good battles with. They obviously pushed USA right to the brink earlier in the competition and they’ve got some really talented players, a couple of NBA players in their squad, so it’s going to be a tough game for us,” says Abercrombie.

Yet the Tall Blacks have shown some outstanding ability at this tournament. They have improved with every game, pushed Brazil and Greece to the brink in Round One and have gelled with each performance. Stand-out tournaments from the likes of Corey Webster and Isaac Fotu, who are leading names in the World Cup’s stats sheet (Webster 1st and Fotu 6th) is another indicator that this New Zealand team is right up there. In fact on the teams’ stats sheet, incredibly New Zealand is number one, leading all other World Cup teams.

“We are growing in confidence in the way we play each game. I think the way that we run and play at pace is really troubling teams and, again against Turkey with some big units in there, hopefully we can move them around a little bit and tire those legs out quickly and create some open shots for ourselves.

“It’s the last game for us and we want to finish on a high. There’s a few of us that have played in Turkey before, Tai is playing there now and the coach of Turkey is my old coach when I was in Turkey, so there’s a number of reasons for us to have extra motivation for this game.

“To be able to get a win against Turkey to finish off this tournament would leave us feeling pretty good about ourselves,” says Abercrombie.

The Tall Blacks take on Turkey at 7:30pm in Dongguan (11:30pm NZT). The game will be broadcast live on Maori Television.