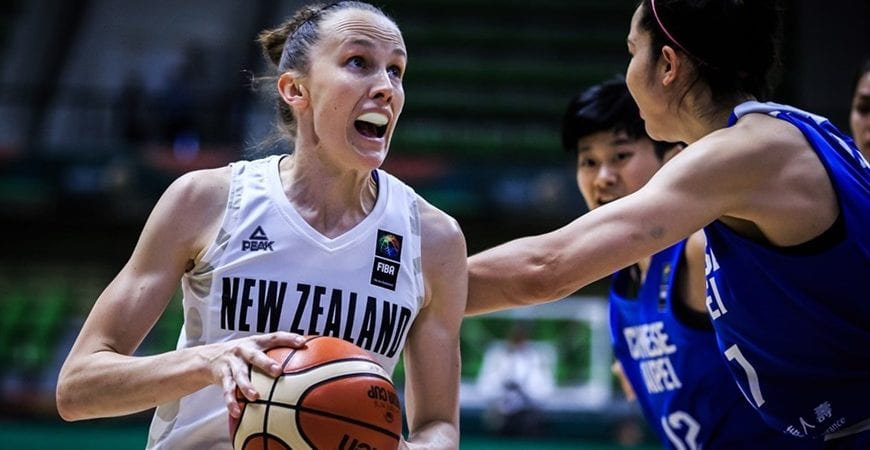 The Sky Sport Tall Ferns lost 82-44 to Australia on Wednesday night, in their second game at the 2019 FIBA Asia Cup in Bangalore.

Following a poor shooting night against China on Tuesday Tall Ferns Head Coach Guy Molloy was optimistic his team would put together a better offensive performance.

“We were hoping for a much better shooting performance against Australia. Pretty much everybody was pretty cold against China and we know we can shoot the ball a lot better,” said Molloy.

Unfortunately he will be hoping it’s third time lucky against the Philippines on Thursday as his team’s shooting was once again below par against Australia. The Kiwis made 7 from 36 (19%) from beyond the arc and just 15 from 61(24%) from the field overall.

“The shooting continues to desert us,” said Molloy after the game.

Despite the defeat Molloy thought there were definite signs of improvement.

“I was pretty pleased with our ball movement, energy and competitiveness that enabled us to stay in the game until the last three or four minutes of the second quarter. After that it kind of got away from us against the third rated team in the world.

“I thought we had a lot more energy than we did against China and our process was significantly superior to day one so hopefully we are settling into the tournament. We only had 15 turnovers which was pleasing and we shared the ball well,” reflected Molloy.

Cocks scored eight straight points early in the second period as the Kiwis closed to within two points (21-19). Australia answered with an 11-2 run and although Tessa Boagni scored inside and Farnworth connected from deep the Tall Ferns found themselves 43-25 down at half-time.

In the second half Australia demonstrated why they are ranked No 3 in the world. Their swarming defence restricted New Zealand to just 19 points in the half whilst at the offensive end precise ball movement created numerous easy baskets.

Triples in the final quarter from Charlisse Leger-Walker and Natalie Taylor were merely consolation points for the Tall Ferns who have 24 hours to prepare for a vital game against the Philippines.

A win in the final pool game would secure the Tall Ferns third spot in Group B and a quarter-final with the second placed team in Group A – most likely Korea. A loss and the Kiwis would face a relegation encounter against India.