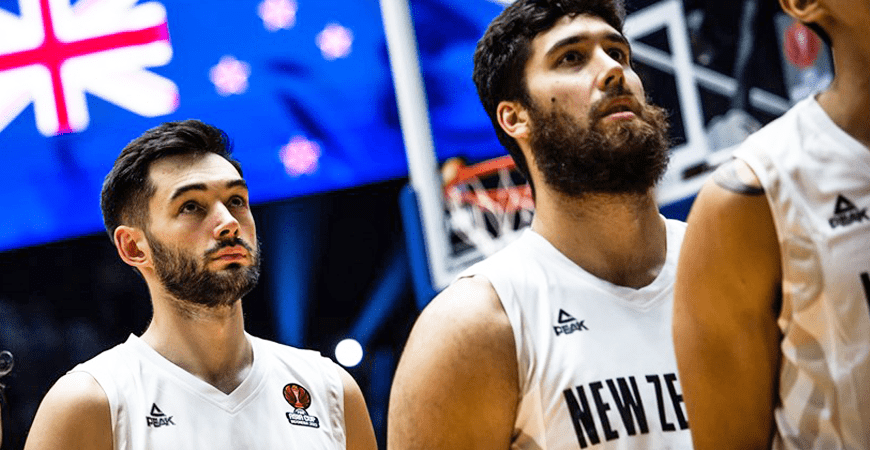 The Tall Blacks face arguably their toughest test of the year tomorrow, when they take on a fiery Lebanon squad in the Middle East – one of two World Cup Qualifier (WCQ) away games they will play over the next five days.

Although both squads have already qualified for the 2023 FIBA World Cup, there’s still plenty to play for in this one. Lebanon currently sits second in the FIBA Asian Qualifiers Power Ranking – just in front of third-placed New Zealand – even though the Kiwis boast a superior record (6-0 versus 5-1 for the Cedars) in WCQ play this year.

Despite the Tall Blacks having 31 different athletes don the black singlet in 2022 – and with almost half those players (15) making their national team debut in the process – the squad has built a healthy 11-2 overall record this year when including their 5-2 Asia Cup campaign.

Their only two losses in that Asia Cup came against Australia and – you guessed it – Lebanon, with New Zealand falling 72-86 to the Cedars during pool play. That game saw Taki Fahrensohn score a team-high 21 points (4/6 from downtown), but with the young Kiwi side unable to stop Lebanon’s star guard Wael Arakji – who racked up 25 points and 7 assists.

Even before this year’s Asia Cup, there was a sense of a growing rivalry between these two sides; the Tall Blacks winning the previous three games over the Cedars during a three-year stretch from 2016-2019. Yet all of those games were decided by four points or less, with one of those games – in front of a Cedars home crowd in Lebanon – famously decided by a clutch three-pointer by Thomas Abercrombie, which effectively ended Lebanon’s hopes of appearing in the 2019 FIBA World Cup.

Tall Blacks head coach, Pero Cameron says that even though this New Zealand side is more experienced than the Asia Cup squad who faced Lebanon in July – with Fahrensohn, Tohi Smith-Milner, Taylor Britt and Jordan Hunt the only returning members from that team – they know they cannot relax for a moment against the Cedars.

“At the end of the day, we can only prepare for what we’re doing and how we want to play, so our focus is on preparing our guys for that as opposed to whatever Lebanon are doing,” says Cameron.

“We’ve got a great squad here and it’s a bit of a balancing act between those vets who were available for the trip and the younger guys – three of them new to the black jersey – who have stepped up to be part of the squad this time around.

“Lebanon is a tough team for sure, but these are the games we want to be playing as we move closer to the [FIBA 2023] World Cup; these are the challenges that help continue getting better as a squad. So we accept this challenge with open arms.”

The Tall Blacks take on Lebanon tomorrow at 8am NZT at the Nouhad Nawfal Sports Complex, in the first of two FIBA World Cup Qualifier games in the Middle East. Both games will be shown live on Spark Sport.